Asian countries, especially South Korea and Japan, are known for their long work hours. According to the OECD, South Korea’s and Japan’s annual working hours per employee reached 2,024 and 1,710 hours in 2017, respectively, placing them at the top of global rankings (South Korea ranked #3). However, this is about to change. To promote work-life balance and increase the employment rate, South Korea’s government released new labor laws in 2018. The legislation, named the Labor Standard Act Amendment, allows a maximum work week of 52 hours, down from 68 hours previously. Depending on the size of the entity, the policy will be implemented in three phases starting July 1, 2018. In the meantime, Japan passed its Work Style Reform Legislation to restrict monthly overtime to 45 hours, and this was enforced from April 1, 2019.

Comparison of new legislation in Japan and South Korea Potential impact on investment bank business in the region

Under the new rules, the work week will be capped at a maximum of 52 hours in South Korea, and approximately 50.5 hours in Japan. Such a cap would be at odds with the fast-paced and long-work-hour culture at investment banks. According to Wall Street Oasis, an investment bank analyst works 70-90 hours a week, far beyond the cap. Once the new rules are implemented, banks and other companies are likely to face pressure to increase team size (to cover more hours), increasing staff and management expenses.

Under Japan’s amended legislation, the work of an investment bank analyst (classified as a “highly skilled professional”) is exempt from the working hours cap. However, we believe the removal of allowances for working late nights will reduce the overall income levels of bankers, and investment banks would need to find ways to offset this.

We believe senior management could consider the following solutions, to ensure compliance with the new rules and keep business running smoothly:

New hires: The most costly option, it works when a company has a sufficient budget and fast-growing business. Given the cyclical characteristics of the finance sector, high staff expenses would be a financial burden in an economic downturn.

Contingent employees: A more flexible way to solve capacity constraints, such workers are often hired by investment banking teams for a particular project or during peak seasons, in an effort to avoid cyclical risk. However, this option is still quite expensive (the new rules in Japan stipulate fair treatment of non-regular workers, including in terms of pay and allowances). Management would also need to bear the risk of unqualified workers and issues related to compliance.

Offshoring: The most cost-effective way and not new to investments banks, which have been setting up offshoring teams at low-cost destinations through established vendors for the past two decades. With offshore support in place, bankers can focus on winning new clients and deal execution, while leaving the research and analysis work to an offshore team. For example, given the difficulty in finding Korean-language experts with a finance background in countries like India, Sri Lanka, and the Philippines, investments banks operating from Korea could view China as an ideal destination to set up an offshoring team, as it is home to millions of ethnic Koreans who are Chinese citizens or descendants of Korean immigrants.

Our China delivery center has assisted many investments banks over the years to set up offshore teams to provide investment banking analytics support in Mandarin, Korean and Japanese. Based in Beijing, the mecca of higher education in China (Beijing has over 70 universities and colleges), we have access to best talent pool in China. Our clients have leveraged our strategic advantage to provide high-quality research support with substantial cost savings.

The Action Plan for the Realization of Work Style Reform (Japan)

Council for the Realization of Work Style Reform 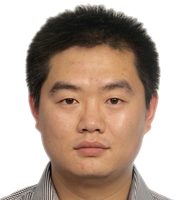 The commercial payments journey in banking....