After a long wait of 20 years, the controversial Petroleum Industry Bill (PIB) was finally signed into law on 17th Aug'21 with the aim of bringing much needed investments in the field of Oil and gas during the times where Nigeria's oil reserves have been declining over the years and also do away with petrol subsidy. The bill aims to provide a favorable and consistent policy environment to the investors along with more favorable returns on their investments. But the argument is that how important is the act in an environment where the world is transitioning toward green energy and whether the bill is transformational to make Nigeria competitive enough to grab a shrinking pie of investments from its peer countries in Africa.

The answer isn’t easy as there are many facets to the bill that require clarity. But first, let’s understand the context. With 37 bbl of proven reserves, Nigeria has one of the largest oil reserves in Africa but the production requires large investments and technical knowhow which has been the expertise of large global major oil producers like Shell, Exxon. Some of the majors haven’t been investing more and rather looking for exits from the country from past several years due to unfavorable policies, corruption, and environmental concerns due to vandalism of pipelines. As a result, FDI flows in country have been declining and have led to the dwindling oil production rate. The oil production in the country has declined from more than 2Mboepd in 2011 to around 1.5Mboepd this year. The pipelines are also underinvested with increasing downtime also resulting in higher reconciliation losses. The underinvestment in the sector has really hit hard Nigeria where the country is dependent on oil for its hard currency needs.

Another concern has been the fuel subsidies which have been in place since 1970s. The country spent around $25bn on fuel subsidies between 2006 and 2018 and another $3Bn in 2019 and 2020 which is expected to go up further this year with oil at $85. So, does the newly introduced law addresses these concerns? The answer is yes and no. The bill does a good job on addressing governance related concerns, neutral on improving fiscal terms and doesn’t do much on resolving issues with host communities. It aims to do away with fuel subsidies as well. Let’s get into a bit more specifics on each of these points.

On governance side, the act will enable Nigerian National Petroleum Corporation (NNPC) to be a fully-fledged corporate aiming to run operations profitably. NNPC's current JVs will have the liberty to translate into incorporated JVs which will make the financing easier and will mitigate legacy cash call arrears and NPDC receivables issues that weighed heavily on investor sentiment. Also, the act aims to create a new regulatory institution to replace the department of petroleum resources and other regulatory agencies. This will dilute the powers of ministers to grant licenses as their role will now be more limited.

On fiscal side, it’s a mix bag. On the oil side, companies will have to now pay both hydrocarbon tax (HT) and companies income tax (CIT). Together these two will account for a 60% tax vs. Previous petroleum profits tax (PPT) at 85%. However, PPT allowed for several deductions like interest expenses, finance charges, license renewal fee etc. while the proposed tax system under PIA does not allow for that. Hence, while considering those deductions, the overall taxability of oil assets remains same. The tax structure of gas remains unchanged at 30% CIT which is anyways favorable to oil even today.

The royalty structure is positive now. In the existing regime, royalties on oil vary from 16.5% to 20% based on the type of field. These have been reduced to 5-7.5% for smaller fields with production of up to 10 Mboepd and 12.5% - 15% for larger field. At the same time, oil price linked royalty component has also been introduced as shown in the table below. On, the gas side, the royalties have been reduced from 5-7% range to 2.5% -5% range based on end use of production which is clearly positive. Its visible that the act favors gas over oil as the country is seeing gas a transition fuel while moving towards renewables in the future.

Now coming to the host community development which has been an area of contention in previous versions. Host communities have been demanding a 10% of share of companies opex in the past which was considered quite high by policy makers. The act has allocated 3% of last year’ opex towards the fund despite the opposition. And hence this remains an area of concern given the issues of vandalism of companies’ assets in the past. And lastly, the intent in removing fuel subsidies is good but the real issue here has been the political will. The previous governments have failed in removing subsidies despite making efforts. We can only hope for the best here.

All in all, it’s a good beginning but not a perfect one. The act won’t increase Nigeria’s competitiveness vs. other African countries on fiscal side but at the same time it will provide a more stable operating environment to the companies with less scope for corruption and better working capital management. The host community development will remain a challenge for the corporates in the future and this will require the engagement of all the stakeholders. The clear focus on gas is a positive from both ESG perspective and resolving Nigeria’s energy crisis. And finally, removal of fuel subsidy would be a blessing for the country if the law enables all the stakeholder to come together and press for timely execution. 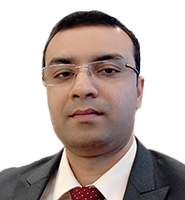 Anup Dhanuka has eight years of experience in equity research, supporting both buy-side and sell-side clients. He has been with Acuity Knowledge Partners for five years and has worked with buy-side fund managers in the consumer, real estate and healthcare sectors. In his current role, he supports a buy-side fund manager with coverage of real estate and healthcare stocks in the MENA region. He holds a Post Graduate Diploma in Management from T.A.Pai Management Institute in Manipal, India.

Capital markets in Africa, once seen as a high yield opportunity, are losing their attract....Read More

The GERD saga – is the market overreacting

What lies ahead for gold

Gold has had a spectacular rally this year and been one of the best-performing asset class....Read More