China, the second-largest economy in the world, has been growing at a slower rate for the past few years. GDP growth in 2018 was 6.6%, which was the lowest since 2009. The country has reached a debt-to-GDP ratio of around 255% (according to the Bank for International Settlements), which is well ahead of the US’s (~106%). The government has realized that excessive lending by state-led banks to unproductive state-owned enterprises (SOEs) and projects, as well as the less-regulated shadow banking system, has brought the country to an alarming state of financial crisis. In the wake of mounting debt levels, Chinese authorities introduced a campaign of “deleveraging” in mid-2016.

Recent evolution of the Chinese economy

Several policy initiatives were introduced and amended to curb rising debt levels, which include implementing tight/neutral monetary policies, regulating SOEs and local government financing vehicles (LGFVs) from overborrowing, and discouraging banks from lending money to industries with overcapacity, especially in the steel and concrete sectors, through a “supply-side structural reform” program.

As a side effect to the deleveraging campaign, reduced credit supply has caused liquidity issues in the economy, mainly affecting small and medium businesses. In an attempt to address liquidity issues, the government has been revising policies. A series of tax-cut programs were introduced to ease the burden on low-income households, the service sector, and small enterprises. The People’s Bank of China has cut the mandatory reserve ratio for banks four times over the last year to ensure reasonable liquidity in the system.

In addition, China is transitioning to be a service and consumption driven economy from an economy driven by manufacturing and export industries. The country is currently seeking acquisition opportunities outside the country to gain access to technology, natural resources, distribution networks, and well established brands. Despite restrictions around capital and irrational outbound investments, the government is encouraging strategic outbound investments to win at home and position itself better in the global market.

Amid these economic reforms and rebalancing, the trade war with the US and rising protectionism in Europe have worsened the economic situation. The trade war and policy changes are forcing China to look for alternatives to the US. The country seems to be gradually shifting investment destinations to Europe and other world economies to gain access for its focused sectors. The graph below represents the widening gap in China’s FDI between North America and Europe. Note: The major contributor of the 2017 investment in Europe was ChemChina’s acquisition of Syngenta for USD43bn.

What this means for China’s M&A market

Highly leveraged companies on the verge of loan defaults are now forced to divest businesses and assets to survive the impact of the policy changes. According to Reuters, at least 28 private companies are seeking to restructure debts and avoid bankruptcy in Dongying, an eastern city of China and a hub for oil refining and heavy industries in the Shandong province. This, in turn, is a great opportunity for cash-rich companies and private equity firms with a lot of dry powder to make bolt-on acquisitions at lower valuation levels. According to data provider Preqin, the global private capital dry powder reached USD2.10tn at the end of June 2018, of which Asia-focused dry powder accounted for 18%. According to PwC, the value of PE investment activity hit a new high in 2018 at USD222bn, up 22% y/y.

At the same time, the opening up of the Chinese economy, especially in the automotive, financial, and technology sectors, by way of easing foreign investment restrictions and allowing foreign firms to have 51% ownership of brokerage ventures in securities, fund management, futures, and life insurance companies, etc., would further boost inbound M&A activities in the country. UBS AG was the first global financial institution to take advantage of the country’s new rule by raising its stake in UBS Securities Co. (China) to 51.0% from the current 24.9 % in November 2018.

In 2018, the China Security Regulatory Commission (CSRC) and other regulatory bodies revised a set of rules to make it easier for the listed companies to restructure through M&A. CSRC has introduced a fast-track approval process for smaller M&A deals to become more active in the securities market. According to CSRC data, the domestic market had booked nearly 3,000 M&A deals, valuing around USD262bn, in the first nine months of 2018, up 46% y/y.

Although the total value of China’s M&A deals remained flat at USD678.3 billion last year, the further opening up of the economy to foreign investors, improved liquidity in the system, and better geopolitical conditions are expected to encourage domestic, inbound, and outbound M&A activities going forward.

We have been present in Beijing since 2009 and currently have over 100 analysts (MBAs, CFAs, and accountants) proficient in Mandarin, who help global investment banks scale up their coverage, while reducing overall costs and time-to-market. Acuity Knowledge Partners has been able to accomplish this by setting up dedicated teams of analysts for each client. This exclusivity not only provides clients with a unique proposition, but also gives them a sustainable edge.

Explore our investment banking solutions and see how you can benefit. 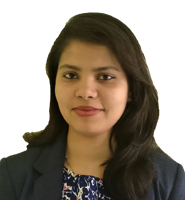 Sujatha Shetty has over 9 years of experience in the financial reporting, market risks, and mergers and acquisitions (M&A) domains. Prior to Acuity Knowledge Partners, she worked with J.P.Morgan and Deutsche Bank in the fund accounting and investment banking divisions, respectively. At Acuity Knowledge Partners, she is Delivery Lead, responsible for providing support to a US-based mid-market investment banking client in M&A research and analysis. She has completed Level II of the CFA examination and holds a Bachelor of Business Management.

The Chinese growth story from 1970-2010 was one of the greatest compared to other big economies of the world. But the growth has recently weakened