Sheiks vs shale: Are we going to see a winner?

Published on September 22, 2020 by Jeetendra Prakash

The sector was hit hard by the commodity price crash of 2015-16. US shale oil producers were impacted financially (110 bankruptcies in 2015 and 2016 worth USD75bn), although the impact was subdued on the production side. In the last cycle, US production saw a blip only in 2016 and has continued its growth trajectory since then. This was driven by shale oil producers’ ability to cut costs and pursue expansionary capex in subsequent years as they emerged with leaner and stronger balance sheets post-bankruptcy/restructuring. In the US, profitability and breakeven costs vary across basins. Besides direct factors, including ease of extraction and volume of the hydrocarbon resource, breakeven costs are also a function of the proximity of the shale oil reserves to refining and transportation infrastructure. Hence, the IRRs of different basins vary significantly for a given oil price.

It is evident from the data that the majority of the shale basins are able to cover operating costs even at a price level of USD25-35/bbl. However, when costs associated with new wells are considered, most shale basins barely break even at USD50/bbl. Note that shale wells see a significant drop in production from the second year of operation; therefore, companies need to spend continuously on adding new wells to sustain production. Taking this and current rig deployment data into account (down to 180 rigs in August 2020 from 677 in December 2019), we believe US production is certain to decline in the near term. Unconventional oil production accounts for 60-65% of the country’s total production. As such, the EIA expects a 5.7% decline in US production in 2020 and a further 6.5% in 2021 compared to 2019 levels. However, this decline is unlikely to be a game changer in terms of resolving the supply glut in the global oil market. Prices need to be sustained below USD45/bbl for more than two years to effect a material decline in shale oil output.

In the previous downcycle, technological improvements and cutting extra fat in the oilfield services segment enabled the US shale oil industry to emerge stronger. Some earlier estimates suggested that the shale oil breakeven price was USD70/bbl in 2015, now down ca. 50% to USD35/bbl. While scope to improve efficiency from current levels and squeeze oilfield services companies further is limited now, we note that current breakeven prices and hedges (of six to eight months) provide some cushion over the near term.

Financial vulnerability: The financial implications are significantly greater than the operational ones. Years of loose monetary policy have meant that the US shale oil industry has consistently drawn cash from capital markets to sustain operations, implying significant capital erosion for investors. At current prices, most shale oil companies are barely breaking even, leaving limited cash flow for debt repayment and resulting in a series of downgrades. S&P had rated a universe of 80 US-based oil and gas (O&G) companies as of July 2020; a significant 69% of these were rated in the vulnerable category (B and below).

Wasted capital: Since 2015, the exploration and production (E&P) segment has been posting cumulative defaults on loans worth USD140bn (21% in 1H 2020), as per Haynes and Boone. As mentioned earlier, the oilfield services segment’s margins bore the brunt of lower oil prices in the last cycle. The segment also faces overcapacity, a double whammy; as such, the oilfield services segment (which accounts for only 34% of S&P’s rated universe) posted defaults worth USD90bn from 2015 to 1H 2020 (28% in 1H 2020 alone). The concentration of defaults is also evident from the O&G sector’s trailing 12-month leveraged loan default rate, which stood at 31% as of July 2020 versus less than 5% for all the other sectors. The energy sector’s weight in the US HY Index was 16.4% as of end-FY19. Apart from past defaults, an additional ca. USD37bn of high-yield debt is maturing by 2022; this is also at significant risk given that new funding has dried up significantly.

With a large number of companies going into restructuring and some of the lower-cost shale basins still profitable, the sector could present pockets of opportunity to distressed debt investors (as of July 2020, the aggregate yield to worst for the US non-investment-grade O&G sector was more than 15%). However, to separate the wheat from the chaff, a rigorous fundamental analysis, combined with deep sector expertise, is required.

Acuity Knowledge Partners has over the years developed expertise in a number of sectors to help fixed income-focused asset managers with the investment process. Numerous asset managers have used our capabilities in the distressed debt space, and our sector knowledge and detailed models (including capital structure review, and recovery and scenario analysis) in conducting fundamental reviews of issuers. 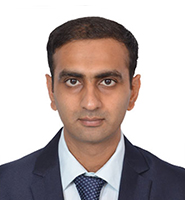 The onslaught of the COVID-19 pandemic has caught the global oil and gas industry by surpr....Read More

Riding the sanctions – the new phase of the