Russia-Ukraine war: ramifications for Russia and the West

Published on March 9, 2022 by Jeetendra Prakash and Mohit Choudhary

On 21 February 2022, Russian President Vladimir Putin recognised Donetsk and Luhansk, the two breakaway regions of Ukraine, as independent states and ordered a military attack on Ukraine. The West subsequently imposed a number of wide-ranging sanctions.

Events are unfolding rapidly, and the US, Europe, the UK and allies (including Australia, South Korea and Japan) are increasing the severity of sanctions daily, targeting the Russian economy:

Russia is the largest producer of wheat (17% market share), and Ukraine (12% market share) is among the top four exporters of the commodity. Due to fears of global supply disruption, wheat futures traded “limit up” (at the most the price of a commodity is allowed to increase in a single day) for a second consecutive day on 2 March 2022. It settled at USD10.59/bushel – the highest in 14 years.

The sanctions – a closer look

To partially bypass the SWIFT-related restrictions, Russia has been developing its own payment messaging system (SPFS), which can be used with countries such as China if they agree to adopt it. The SPFS currently accounts for c.25% of domestic payments6.

It remains to be seen how eliminating certain Russian banks from the SWIFT network would disrupt energy revenue. The oil and gas markets will likely witness a significant upheaval and rerouting of supplies if payments are disrupted.

Russia has also recently looked at diversifying its customer base by entering into deals with China for energy supplies. In February, Russia signed oil and gas deals (worth USD117.5bn) with China amid souring relationships with the West. The two countries entered into a new deal where Russia will supply 10bn cubic meters/annum of gas for 25 years and renewed an existing one to supply 100m tonnes (mt) of oil over 10 years. Despite these developments, China accounts for only 5% of Russia’s total natural gas exports, and scaling up would require significant investments in pipeline infrastructure over the longer term.

The way forward: The US’s stance of not sending large forces to Ukraine and gradually tightening sanctions indicates that most nations want to deal with the current situation more diplomatically on both the political and the economic front and less through direct confrontation. The forex buffer held by the CBR provided effective insurance against sanctions of any sort. However, the recent sanctions on the CBR, freezing of forex reserves and keeping Russia out of the SWIFT messaging system are clearly the strongest and most coordinated efforts to isolate the country. Direct sanctions on Russian oligarchs and the president have strong symbolism. The immediate impact of the sanctions includes a free fall of the Russian ruble (which has declined 35% since 21 February), while Russian oligarchs have so far seen a USD126bn erosion in their wealth7 . The CBR’s rate hike to 20% would affect domestic businesses as the country tries to contain inflation.

Although Europe remains strong on intent, the sustainability of these sanctions remains to be seen given the high dependence on Russian oil and gas for which there are no substitutes in the near term. 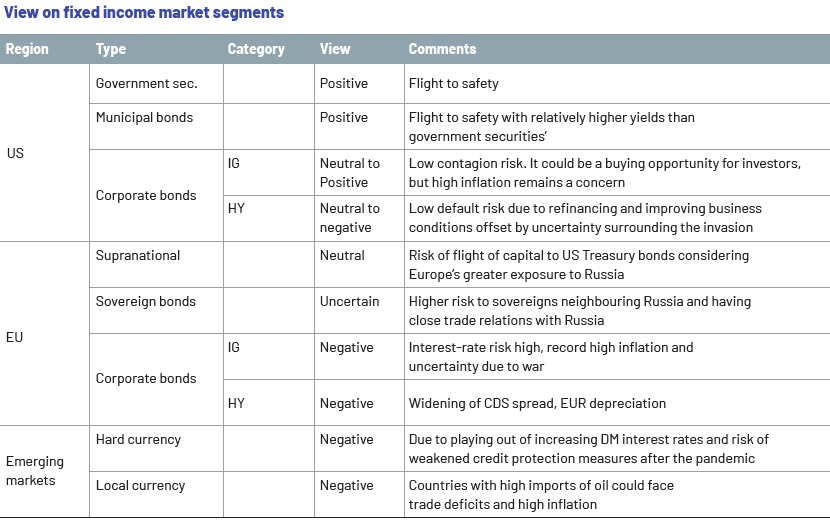 6According to daily newspaper Kommersant 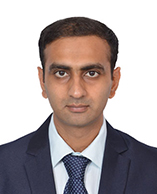 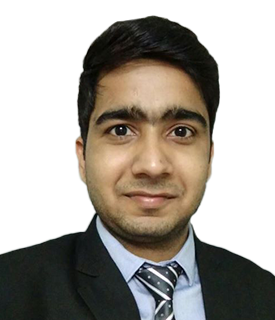 Mohit Choudhary has over 6 years of experience in investment research with a focus on real estate, cable and media sectors. He currently supports a large European buy-side client. The work involves supporting the deals team which invested directly and indirectly in commercial real estate in Europe. He has cleared CFA level 3 exam and is a bachelor of commerce.

Riding the sanctions – the new phase of the oi....