Impact of the Russia-Ukraine conflict on M&A activity

Published on August 12, 2022 by Satish Kairon and Palak Kulshrestha

With economies across the globe still struggling to recover from the effects of the pandemic, the Russia-Ukraine conflict has dealt another blow. The leading economic powers – the EU, the US, the UK, Canada, Switzerland, Japan, Australia and Taiwan – have imposed strong sanctions as a result. The US has banned imports of oil, LNG and coal from Russia, and banned new US investments in Russia’s energy sector. The UK has announced stopping oil imports from Russia by end-2022, and the EU plans to reduce dependence on energy from Russia by 2027.

Sanctions are also imposed on Russian banks, high-tech exports and debt and equity markets. Some key Russian banks were removed from the Society for Worldwide Interbank Financial Telecommunication (SWIFT) financial messaging system that facilitates interbank payments. Sanctions on Russia’s central bank impacted the country’s USD600bn in forex reserves, leading it to hike its base lending rate to 20% from 9.5%. The stock market was shut for around a month. Foreign investors were banned from selling local securities, and payment of dividends and interest on bonds was stopped.

The conflict has adversely impacted prices of crude oil, food, metals and commodities, increasing inflationary pressures globally and forcing global central banks to take rapid measures to ensure economic support and increase interest rates to curb inflation. This has affected corporate earnings, and margins have started shrinking to their lowest levels. Sectors that rely on these commodities, metals and crude oil as raw materials such as the FMCG, petrochemical and electronics sectors face the most challenges.

The adverse economic environment has not left global M&A activity unscathed. Global deal making was down 20% y/y in value to USD1.07tn in 1Q 2022 and down 24% y/y to USD1.2tn 2Q 2022. About 10 deals worth USD5bn+ have been put on the back burner since the conflict started. Europe experienced a higher impact, with UK-based electrical engineering firm Spectris calling off a deal worth c.USD2.4bn to acquire Oxford Instruments in March 2022.

The global market share of Russia’s M&A deals declined to 0.4% in 1H 2022 from a high of 5.6% in 2012. 2012 was a record-breaking year, following Rosneft’s blockbuster USD56bn acquisition of TNK-BP, the largest M&A deal ever announced in Russia’s history. The following chart shows market share since 2006, covering the impact of two major global events – the 2008 financial crisis and the pandemic – on deal activity. Deal activity in Russia was already low since 2014, when Russia invaded and subsequently captured Crimea from Ukraine. Global M&A activity was higher by around 30% (by deal count) and 45% (by value) in 2014 compared with 2013. This indicates the world was already less interested in executing M&A deals with Russia.

Russia’s domestic deals are also declining: only around USD3bn worth of M&A deals were announced in 1H 2022. The largest number of oil and gas deals was concluded from 2012 to 2014, but deal value and count have declined sharply since 2015. The following chart shows the trend of domestic deals with a disclosed deal value of USD50m or more.

Trend in inbound and outbound deals:

The West’s sanctions on Russia had immediate effects on its financial market. Leading financial institutions, including Goldman Sachs and JPMorgan, have kept away from the Russian market since the conflict began, supporting the global community’s move to isolate Russia from the rest of the world and put economic and social pressure on the Putin administration.

Although the conflict would put short-term pressure on global M&A deal activity, the rest of the world is likely to keep executing the necessary M&A to achieve scale and synergies, present new offerings and further strengthen their operations. Corporates are reviewing their capital-allocation strategies to drive long-term benefits for shareholders. Russia’s share of global M&A activity is less than 1% in the past five years, indicating that even a large decline in its M&A activity will not impact global M&A volume. Russia is a key player in the global energy market due to its abundant energy resources; it would attract global players again once the conflict is resolved.

We are a leading provider of high-value research, analytics and business intelligence to the financial services sector. We support over 400 financial institutions and consulting companies through our specialist workforce of more than 4,000 analysts and delivery experts across our global delivery network. Our team of 800+ M&A analysts support our investment banking clients in Europe, the Americas, Asia and Africa. Our offshore, round-the-clock support to investment banks and advisory firms across the deal life cycle has resulted in cost savings of millions of dollars. 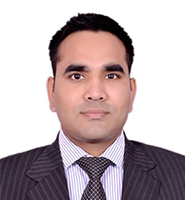 Satish Kairon has been working with Acuity’s Investment Banking team for over 14 years. He is currently managing engagement with Asia & Africa-focused European Bank and has been instrumental in expanding the relationship with the Bank. He manages engagement with multiple verticals including M&A, Sustainable Finance and Strategy. Prior to joining Acuity, Satish was working with an European bulge bracket bank in business development team. Satish is a qualified Chartered Accountant from ICAI and graduated from Kurukshetra University. 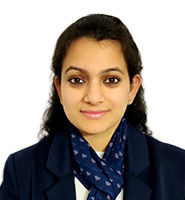 Palak has been working with Acuity’s Investment Banking team for over a year. She is currently supporting Asia & Africa-focused European Bank and has demonstrated her proficiency in various analysis for M&A deals including relative valuation, peers benchmarking, companies profiling, sector overview, etc. across SEA companies. She holds a Post Graduate Diploma in Management, specializing in Finance and Financial Markets from Arun Jaitley National Institute of Financial Management, Faridabad. She is also passionate about the equity markets, corporate finance, financial planning, and private wealth management.

Collapse of small/medium energy suppliers in the....

Key takeaways: Twenty small and medium energy suppliers (out of c.50) in the UK wit....Read More

The COVID-19 crisis is the worst the petroleum industry has experienced. Most of the restr....Read More