Wind, a renewable energy resource, is one of the fastest growing sources of electricity generation in the world. A total of 54.6GW new capacity from wind power was added in 2016, taking the total global installed capacity from the resource to 486.7GW as of end-2016.

Based on the location of installation, the method of wind energy generation can be classified into: Onshore (in-land) and Offshore (in water bodies).

Onshore wind energy technology is deployed in large numbers globally, as it is more cost effective and matured when compared to offshore. In 2016, 52.4GW of new onshore wind capacity was installed, while offshore installation stood at 2.2GW.

Although the cost of installing offshore wind turbines is higher, the availability of vast offshore wind resources with higher and steadier wind speeds present a strong case for its deployment.

The offshore wind energy sector has seen rapid growth in the last decade with its top five players, UK, Germany, China, Denmark, and The Netherlands, contributing more than 92% to the total installed capacity by 2016. The global offshore wind Installed capacity grew by an impressive 28.4% to 14.4GW in 2016 from 4.1GW in 2011. However, the growth has been limited to areas with shallow water depths (<50mt.) and relative ease of building fixed foundations.

The floating offshore technology also has the potential to bring clean energy to nations that do not have sufficient land to set up onshore wind turbines, or got really deep seabed where the conventional offshore wind turbines cannot be installed.

According to the Carbon Trust Report, floating wind technology across Europe, USA and Japan have an estimated capacity potential of 4,000GW, 2,450GW and 500GW respectively.

In order to contribute significantly to the future energy mix, the floating technology needs to become competitive, in comparison with the other renewable energy technologies. At present, high cost is one of the main barriers in its deployment on a wider scale.

The lack of favorable government policies and market clarity has also deterred OEMs, private investors, and developers from setting up floating wind farms. However, with many international players now showing great interest in this evolving technology, there seems to be some light at the end of the tunnel.

According to an estimate by Bloomberg New Energy Finance, 237MW of floating offshore wind capacity can be installed by 2020.

MA Knowledge Services has been assisting energy firms with regulatory reforms and impact analysis, M&A strategy support from target identification to post-acquisition integration, competitor intelligence, and growth strategy. We have helped firms understand the impact of regulatory and technological developments and identify opportunities arising from these developments, thereby acting as a differentiator for the firms. 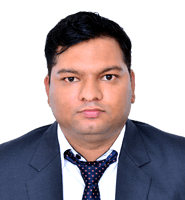 
Upendra is an expert in the energy sector within the corporate and strategic research practice.

At Acuity Knowledge Partners, he is responsible for project management and execution of projects in the power and oil and gas domains. He has over 8 years of experience in consulting and analytics. His previous stints include working in an energy sector market research firm and with an Original Equipment Manufacturer (OEM).

The growing adoption of solar power in the energy-generation mix has raised concern about ....Read More

The Goods and Services Tax (GST) can be easily termed as the biggest tax reform in India s....Read More