Published on November 27, 2019 by Gaurav Sharma

Climate change is increasingly becoming the biggest challenge the world is facing today, with 2018 witnessing the highest CO2 emission ever. The continued increase in global emission even after large-scale deployment of renewable energy projects implies the world will have to follow a stricter path to meet the targets set under the Paris agreement signed in 2015.

Even though the US has formally announced its intention to back out of the deal, the Paris accord stipulates countries work toward keeping the global temperature rise this century below 2 degree Celsius above pre-industrial levels. It aims to ultimately limit it to 1.5 degree Celsius. However, a UN environment report (Emissions Gap Report 2018) states current policy measures will lead to an average temperature rise of 3.2 degree Celsius by the end of this century. Thus, to reach anywhere close to Paris agreement goals, governments will need much stricter policy measures and initiatives in the coming years.

As concerns over climate change grow, it is becoming an existential risk for the oil and gas sector. Companies are facing challenges not only from stricter government regulations, but also from the changing behavior of customers, who are increasingly becoming climate activists. Leading oil and gas players have acknowledged climate change as a major issue impacting their business and the need to move fast to tackle the problem. To quote a few leaders,

“BP agrees with its critics on the need for the world to move to net zero emissions.” – Bob Dudley, BP CEO.

“The world needs to move to net zero emission whatever time frame you pick, getting to net zero will require an absolutely unprecedented level of coordinated action. And I believe governments will need to do a lot and will need a lot of help as well." – Ben van Beurden, Shell CEO

To tackle the challenges arising out of climate change, oil companies have started reshaping their business strategies and are actively contributing to become part of the future low-carbon economy. They are looking to move away from being seen as problem creators to becoming partners in global decarbonization solutions.

Companies are taking various steps to work towards climate change, by adopting symbolic measures (e.g., Norway’s national oil company changed its name from Statoil to Equinor in early 2018, symbolizing the shift from oil to equilibrium to emphasize the company’s low-carbon strategy) as well as adopting defined strategies.

Broadly, these strategies have two-pronged approaches:

Some global majors have announced aggressive emission reduction targets from their operations.

Companies are investing in R&D and technological innovation to reduce emissions from future operations:

Major oil and gas players have come together to create Oil and Gas Climate Initiative (OGCI) – an organization set up with a shared vision to reduce the collective average methane intensity from their upstream operations to below 0.25% by 2025 (baseline: 0.32% in 2017). The organization also promotes start-ups (through the creation of an USD1bn+ investment fund) working toward reducing carbon footprint in the energy and industrial sectors.

Climate change has become a key agenda item for oil and gas players globally. They now expect increased regulations and backlash against hydrocarbons (which remain a key source of emission) in the future, which poses a big risk to oil companies.

The impact of climate change on the operations and future of these companies will heavily depend on advancements in low-carbon technologies. The companies need to produce hydrocarbons responsibly and remain committed to a green-energy future.

Explore our bespoke solutions for Energy and Utilities industry 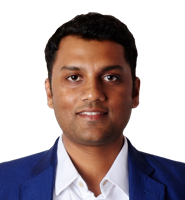 Gaurav has close to 14 years of experience working across oil and gas value chain. He has varied experience working on various strategic research projects involving market intelligence, competitive intelligence, market sizing models, industry benchmarking and market entry strategy. At Acuity Knowledge Partners, Gaurav is leading a team to support a major LNG player in various strategic research projects. He holds a MBA degree in Oil and Gas Management from University of Petroleum and Energy Studies and a BE degree in Mechanical.

SFC’s conclusions on the consultation on clima....

In August 2021, the Securities and Futures Commission (SFC) issued amendments to the Fund ....Read More

The energy conundrum – can Europe cope if R

The Russia-Ukraine crisis has led to a major shock in the energy sector, with significant ....Read More