Junior banker retention: A problem that every investment bank is trying to solve

A job as an analyst/associate with an investment bank (IB) was considered a stepping stone to a successful career with large pay checks and, above all, respect and admiration from friends and family.

However, things have been changing rapidly and headlines in the recent years in some of the leading financial dailies is a testament to this change.

In previous decades, an IB’s resourcing model was fairly straight forward. Typically, a bank would use the allure of a prestigious and lucrative career to make bulk hires from top graduate and business schools. The bank would then invest time and resources to train these new joinees, putting them through a rigorous work schedule, with the hope that some will stay on and grow to take on more responsibility and senior positions within the firm. Occasionally, in a downturn, banks would go on a cost-cutting drive with mass layoffs, but this was never really a concern as the firms always had access to the next breed of graduates and MBAs who were equally enthusiastic to join.

The loss of institutional knowledge and inefficiencies caused due to this high churn was considered acceptable and very much a part of doing business.

Human capital is core to any IB and the current approach is unlikely to take them to the next level, especially in this new era characterized by intense competition for talent from technology firms and startups. These days, graduates and junior bankers have a large number of career options to choose from. Not only are they equally remunerative, but also offer higher job satisfaction and sustainable work-life balance, which is increasingly becoming an important deciding factor. The short-term outlook of the banks, with frequent hiring and firing en-masse, does not help their cause either.

With growing cost pressures and limited appeal, banks will increasingly have to do more with less. IBs will have to think long term and make efforts to:

Investment Banks will have to think long term and make efforts to:

Working with smaller but more committed teams would require IBs to adapt their operating model. While some of the banks are better prepared to meet these challenges, many would need to reassess their current efforts and make a fresh impetus with respect to:

Leveraging the benefits of these initiatives could help the banks move towards a leaner operating model. Complementing this with a focus on retaining and grooming selective high performers through better job satisfaction, work-life balance and fast-track career growth could help them achieve higher returns and sustainable growth in the long term. 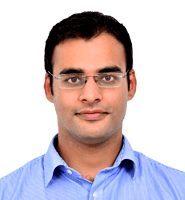 Ankit Soni has been with Acuity Knowledge Partners’ Investment Banking (IB) vertical for over three years. He is responsible for engagement management and business development activities for investment banking clients and has been involved in transitioning and building up IB teams for clients based in the US and Europe.

Previously, Ankit was based in London, where we worked with CDC as a part of their Asia Funds team. Prior to that, he worked in Nomura’s investment banking division. He has completed his MSc in Management from Imperial College Business School, London, and his Bachelor in Mechanical Engineering from Manipal Institute of Technology, India.

Trends to keep an eye on in the investment ba

The investment banking industry has been steadily managing its level of activity, especial....Read More