Impending Recession – The Signs Are Getting Stronger

Published on February 6, 2019 by Anupama Sharma

For the past two years, markets and investors have been speculating the onset of the next recessionary phase, with fears fueled by the ever-rising equity markets surpassing all previous levels. These concerns were heightened in the last month of 2018, alerting both investors and the Fed.

Such an inversion warns of weakening investor sentiment.

Are inverted yield curves capable of forecasting a recession? Historical observations indicate they are.

As the following chart shows, the Treasury yield curve has inverted before every recent recession – in 1981, 1991, 2001 and before the 2008 Global Financial Crisis (GFC).

The yield curve started to invert most recently in December 2018. Going by the industry experts, if this continues, the economy could face a slowdown.

What is causing the current inversion?

What is obscuring long-term economic confidence?

Each recession is triggered by underlying weakness; for example, the 2008 GFC was triggered by unstable peaks of asset prices, including stock and house prices. As money being pumped in reaches its limit, the market is likely to crash.

In the current scenario, however, the focus is less on house prices and more on corporate debt. As of 3Q 2018 1 , US corporate debt securities were at an all-time high of USD6.2tn, with total corporate debt reaching USD9.5tn. Corporate debt to GDP was at a high 47%, higher than during the GFC and dot-com bubble.

According to S&P Global figures of June 2018 2 , the cash-to-debt ratio for speculative-grade borrowers 3 was 12% in 2017, 2% lower than in 2008. This implies that for every dollar of cash held by a company, their debt was USD8. According to key economists, companies are not borrowing against their cash flow or income but against their net worth. This is similar to what households were doing before 2008, when loans were being taken based on the value of collateral rather than on household income and the borrower’s creditworthiness. We are seeing the same happening a decade later in the corporate sector.

Is it a hoax call or a call for caution?

Apart from these observations, The Conference Board’s recent releases of composite economic indicators, such as the Leading Economic Index (LEI) and the Coincident Economic Index (CEI), also show a moderating trend. According to its latest release , “The US LEI declined slightly in December and the recent moderation in the LEI suggests that the US’ economic growth rate may slow down this year. While the effects of the government shutdown are not yet reflected here, the LEI suggests that the economy could decelerate towards 2 percent growth by the end of 2019”.

What the current macros demands from business

These events suggest caution, as the bubble created by the unprecedented debt levels may not last for long. Conditions may fluctuate on policy support, making volatility the new normal.

We interpret the yield curve inversion as indicating the start of a recessionary cycle almost 20 months before the actual onset of a recession, and that vigilance is required at least for the next two years.

In such scenarios, wider business community – including corporates, financial institutions as well as consulting organizations need to keep themselves abreast with evolving developments. This also calls for understanding the structural weakness of past challenges and unearthing best practices to fuel growth in turbulent times.

MA Knowledge Services gained experience of offering related solution during the 2008-09 crisis, and currently offers a range of similar solutions including newsletters, industry insights as well as generate industry and situation specific knowledge by interacting with client teams. Hence, our approach has been very focused and targeted, resulting in high impact solutions

Disclaimer: This is the view of an individual author at Acuity Knowledge Partners and should not be construed as the view of Moody’s Investor Services, the rating agency

3. Speculative-grade borrowers have a credit rating of BBB+, BBB, and BBB-. These companies are more prone to default in the event of adverse economic conditions 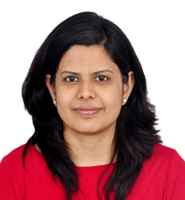 Anupama Sharma has over 8 years of experience in research and consulting domain. She has been associated with Acuity Knowledge Partners since 2011 and has been actively assisting investing firms. In her current role, she has been providing analytical and research solutions to Private Equity clients. She has extensive experience across business environment and investment opportunity analysis. She also holds experience in market research and database creation. Anupama is an MBA from Bangalore University.

COVID-19 is probably the biggest disruption to supply chains that we have seen since World....Read More

Are you preparing to expand your business and operations to the next level? ....Read More