Published on November 11, 2022 by Vaibhav Purang

A few months, allegations, counter-allegations, lawsuits and counter-lawsuits later, Twitter has finally been taken private by one of the most successful and visionary entrepreneurs of our times. Interestingly, this is not the first time that Elon Musk has flirted with the idea of taking an immensely successful public company private. His 2018 announcement to take Tesla private led to quite a few raised eyebrows – not just in the automotive sector, but also in the corporate sector in general – although the idea fizzled out within a month, when he had to make a U-turn by declaring that he no longer intended to take Tesla private.

It is not just Musk who is fascinated by the idea of taking thriving public companies private. Many famous public companies such as Dell, Burger King, Heinz and Hilton were taken private, although companies taken private are often listed publicly again a few years later as their private owners seek to cash out, as in the cases of Dell, Burger King and Hilton. While taking a private company public involves a large cost, taking a public company private is not cheap either, as it usually involves paying a substantial premium to the existing stockholders to persuade them to let go of their shares.

So why does a private company go public? And what entices investors to take a public company private? To understand this conundrum of business owners and investors, it is important to understand the basic differences, and merits, of these crucial alternatives.

An initial public offering (IPO) is the process a private corporation goes through so it can sell shares to investors on a stock exchange. This puts ownership of the company in the hands of the public. On the other hand, a private placement is a fundraising method where the stocks are sold to pre-selected investors and institutions rather than on the open market. Private placements are generally offered to a limited pool of investors.

Companies go through the IPO process or stay private for many reasons, whether to raise capital or to keep expenses down while saving time. Following are the advantages and disadvantages of going public instead of staying private.

Although each public company might have its own set of reasons for going private, one of the main perceived benefits is that it spares the company’s management team from the heat of intense scrutiny that may come their way from excessive shareholder activism. This enables the management team to stay focused on the company’s vision instead of falling into the trap of taking decisions for short term-gains to please critics; this may prove to be detrimental in the medium to long term. It also frees them from the liabilities of facing time-consuming and often costly regulatory penalties, so they can focus on the core business.

It is not just the company’s management team that may benefit from this crucial decision. Shareholders would receive a higher return than the prevailing market price of the shares if they let go of their ownership. This also enables the eventual shareholders to avoid the impact of stock-market volatility.

Jumping on the IPO bandwagon? Hold your horses

Although the idea of having access to a copious amount of capital from a much wider field of investors while retaining considerable autonomy to run the day-to-day affairs of a business may entice business promoters to jump on the bandwagon of raising capital via IPOs, history is replete with examples where failed IPOs have tarnished reputations of businesses that were built over years of meticulous planning and painstaking effort.

Case in point: WeWork: Things went southwards pretty drastically for WeWork after it publicly filed documents for an IPO. A company that during its heyday was valued at USD47bn laid bare its modus operandi and vision, and suddenly, the chinks in its armour were clear for all to see and dissect. Result: Within a few weeks, its Co-Founder and CEO Adam Neumann was no longer at the helm, its valuation tumbled by more than half and the IPO itself was eventually shelved. WeWork was deemed to be losing a lot more money than projected, the goals set by the company to acquire customers were viewed as too optimistic and the management style of its CEO was considered to be too over-enthusiastic. In short, the company’s plans to go for an IPO could not withstand the public scrutiny and dissection that came along as a result of the planned IPO.

Statistics available for the first half of 2022 do not really project a rosy picture for the US IPO market. From the high of 1,073 companies that IPO’d in 2021, raising USD317bn, the first six months of this year saw under USD9bn raised by 92 companies. Peak IPO activity was achieved during the first quarter, compared to the last three quarters of 2021. Aggressive rate hikes deployed by central banks to counter rising inflation, bouts of coronavirus resurgence in pockets, supply-chain disruptions and the Russia-Ukraine conflict are the major factors that contributed to dismal IPO activity during the first half of this year. While it is difficult to predict the future of the IPO market, a possible surge in new infections and a potential escalation in the war in Europe may see this volatility continue in the near future.

As is the case with any significant decision in the lifetime of a business, exercising judgment around the choice of funding is of utmost importance, and each option has its own set of pros and cons. And although it can never be a case of “one size fits all”, as a company’s financing needs depend on factors such as its size, nature of business and purpose, there are a few introspective questions that could guide a business in deciding what is best for its financing needs and strategic wellbeing in the long run before taking a high-risk, high-reward plunge that could make or break it:

We are a leading provider of high-value research, analytics and business intelligence to the financial services sector. We support over 500 banking and financial institutions through our specialist workforce of more than 5,500 analysts and delivery experts across our global delivery network. Our team of 1,000+ M&A and capital market analysts support our investment banking clients in Europe, the Americas, Asia and Africa with M&A, capital markets, restructuring and sustainable finance solutions. We have years of experience in providing end-to-end support to equity capital markets advisors and assisting onshore teams on live transactions and regular work streams related to IPOs, FPOs, PIPE, rights, convertibles and other equity offerings. 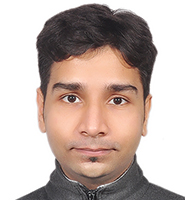 Prior to joining Acuity, he worked as a Senior Research Associate at Standard and Poor's (S&P). As an experienced research professional and certified lean facilitator, he possesses diverse experience in financial and market research, data analysis, content development, knowledge management, and customer relationship management.

Vaibhav holds an MBA degree in Finance and Marketing from SGGSIP University, and a bachelor’s degree in English Honors' from Delhi University.

The investment banking industry has been steadily managing its level of activity, especial....Read More