Global investors are keeping a close watch on developments in high-growth emerging markets, especially India, amid rising trade tensions between the US and China. Notably, India scored much better, with USD38bn of inbound deals in 2018 compared with China’s USD32bn, benefitting primarily from the government’s structural reforms in the past five years. India voted back its incumbent government with a resounding mandate in the recently concluded 2019 elections, which will likely attract more investment from around the world given the expected policy continuity and political stability.

While revising downward India’s growth forecasts by 20bps to 7.3% for FY2020 and 7.5% for FY2021, the International Monetary Fund (IMF) asserts that growth will be backed by a continued recovery in investment, strong consumption trends, and the anticipated push from fiscal policy, while monetary policy is in an expansionary phase. Several crucial sectors – infrastructure, healthcare, banking, and financial services – are expected to benefit from policy continuity, offering a window of opportunity for global investments.

From 2014 to 2019, Prime Minister Narendra Modi and his government’s constant push toward reforming crucial sectors, along with implementing social welfare schemes, has formed the core of India’s policy measures. Infrastructure development programs – for the construction of roads, railways, waterways, and airports – were given the necessary emphasis. A total of 28,702km of highways were laid during 2014-18, far more than the 19,443km during 2010-14. India has also improved its Ease of Doing Business ranking to 77 in 2019 from 134 in 2014.

India’s economy grew 6.8% in FY2019 versus 5.5% in FY2013, peaking at 8.2% in FY2017 (based on the new 2011-12 series). Inflation has remained close to the target of 4%, while interest rates have been reduced significantly in the past five years. The repo rate has been reduced to 5.75% from 8% at the beginning of 2014. Additionally, steps have been taken to overhaul the entire system structurally, for example, through the introduction of the Goods and Services Tax (GST), with the aim of moving toward a uniform tax regime, and demonetization, aimed at controlling black money, impacting the economy significantly. Both measures by the Modi government have, however, elicited mixed reactions from policymakers and analysts.

While India awaits the policies of the new government, recent reviews of several key indicators hint at a slowing economy, partly due to pre-election uncertainty. Sluggish consumer demand was evident from sub-zero car sales growth since July 2018 (-20% y/y in April 2019) and slowing two-wheeler sales since December 2018 (-16% y/y in April 2019).

Manufacturing activity has been slowing, as reflected in the Index of Industrial Production (IIP) retreating since November 2018. The IIP contracted 0.1% y/y in March 2019 versus 5.3% growth in March 2018. The trade deficit widened to USD15.3bn in April 2019 from USD13.7bn in April 2018. India also currently faces an acute shortage of jobs, and the unemployment rate climbed to a 45-year-high of 6.1% in FY2018. Agriculture is facing challenges on the back of pricing declines and a shortage of storage facilities, as well as inadequate irrigation.

Due to major structural reforms in the past five years, India has, however, essentially progressed from the days of its “policy paralysis” – the defining phrase for the previous Congress-led governments from 2004 to 2014. Nevertheless, a single, five-year government term seems to be a short time within which to assess the impact of progressive reforms. Understandably, the government’s machinery still has bottlenecks, and the new government is expected to continue with crucial reforms to address the present slowdown.

With policy continuity expected, it has to be seen whether Modi government 2.0 will perform better than its previous version or whether complacency makes inroads into the government’s apparatus. Global investors are keeping an eye on how India will pursue its growth agenda, which will benefit all stakeholders, including investors. 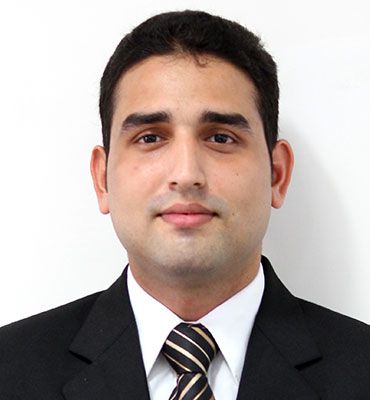 Varad Sharma is a part of Investment Research team at Acuity Knowledge Partners. He has around four years of work experience and currently supports sell-side clients with research assignments including thematic reports, economic updates, data research, and earnings review. Varad holds Post Graduate Diploma in Management with specialization in Finance from Institute of Management Technology, Hyderabad and Bachelor in Engineering (Mechanical) from University of Pune.

Technological disruptions and climate change – both of which have a direct impact on our....Read More