Published on February 4, 2022 by Vishal Soneja

In the last decade, media industry has seen several transformations, be it in terms of offered products and services, be it ownership structures, and be it content reach and penetration.

Due to its wavering nature and evolving characteristics, media industry has been a subject to large M&As in the last decade. Several cash rich incumbents have tried to absorb more and more adaptive media players. In this blog, the focus would be on how a non-media sector i.e., Telecom, became one of the largest acquirers of the companies in the media sector, and how these acquisitions started losing their relevance with further evolution of both industries.

With the internet revolution after 2010, data costs had significantly decreased and internet speed had drastically increased. With higher affordability and greater accessibility to internet offerings, the total internet subscribers had significantly risen globally. The global internet user base increased from ~2 billion 2010 to ~3 billion in 2015 and further increased to ~5 billion by the end of the year 2020

This data revolution gave the telecom players a scope to expand their bundled services which were previously restricted to fixed line, mobile telephony and internet subscription. As high-speed internet penetration increased, the companies started to realise that “Cord cutting” will not only restrict to telephony, but will expand to content viewership as well. The traditional Pay-TV started getting obsolete with the introduction of internet based content streaming platforms which broadcasted local and international content.

With the appropriate internet infrastructure, the telecom companies had a platform for content distribution which has been an expanding business since 2010. With newly formed synergies from collaborating internet infra and content distribution, the telecom companies started eyeing the emerging media market. Enhanced media offerings became a new way to acquire new customers and diversify revenues.

Since, service bundles became a norm, several large telecos started accumulating more and more media assets to enhance their offerings. This telecom-media consolidation was led by the incumbent telecom players AT&T and Verizon who started out on their journeys of becoming giant “telecom-media conglomerate” post 2010.

AT&T’s 71% growth over a decade was a result of its major media acquisitions including DirecTV (in 2015 for $67 billion) and Time Warner (in 2018 for $85 billion). The added value due to these major acquisitions (~$150 billion) was more than AT&T’s organic market cap increment (~$115 billion) over the decade. The significantly enhanced revenue was due to diversified revenue sources and increased subscribers. With expanding subscriber base in bundled offerings, AT&T saw increments in its wireless subscribers as well.

On the other hand, Verizon also had taken off its acquisition spree to expand the Verizon Media brand by acquiring globally acknowledged brands, like AOL, Yahoo, TechCrunch and Engadget. With a focus on content, experiences, commerce and advertising, the media division started to gather attention of over 900 million people on the company’s platform on a monthly basis by the end of the decade and media became an inseparable part of the Verizon group.

So, we see that by the end of the decade, media assets had become a jewel for these telecom companies to brag about. However, the current pace of evolution of both the industries created a need to establish focused entities and the integrated structures started to lose relevance

Giant Telecos which once took pride in flaunting their enormous media assets have started to focus again on their core business activities and shred their excess baggage. The companies which were previously considering vertical integration as a part of their growth strategy are now returning to their basics. Current M&A trends have shifted from focus on “diversification” to focus on “scale and infrastructure” in both the industries.

The two largest telecom incumbents including AT&T and Verizon which led the media acquisition drive have started to shelve their media assets and transform into pure play telecom giants. In May 2021, AT&T announced its decision to separate its media assets and integrating it with discovery network (in a deal worth $46 billion). This shows the company’s intent of focusing on core telecom operations. In the same month, a similar transaction to divest media assets and transform into a pure play telecom entity was initiated by Verizon. It announced selling off its media assets including AOL and Yahoo to the private equity firm Apollo Global Management for approximately $5 billion.

There are several reasons why the collaboration of media and telecom which previously resulted in synergies is now not very relevant. A variety of reasons can be identified for this changing industry trend:

Industries with continuous innovations evolve at a great pace and bring about enormous opportunities and threats along with them for the key players. Drastic shifts in the two sectors just within a decade is a proof that even the largest incumbents in evolving industries should be highly flexible in their business strategies and be adaptive in a changing environment.

Though Telecom companies are still a prominent part of the Entertainment and Media Ecosystem, the core business dynamics changed to an extent that the synergies in a vertical integration have faded.

With further content recasting and development of 5G infrastructure, the two industries, though interrelated will have their own discrete progressions. It will be interesting to see how the continuous evolutions bring about new opportunities to the key players and how much they will be required to mend in an incessantly changing market.

How can Acuity Knowledge Partners help?

Our extensive domain and industry knowledge can help the clients in assessing their transactions at various levels of the investment lifecycle. We can provide detailed industry studies of fast evolving industries such as the two industries mentioned in the blog, capturing investment themes and evaluating strategies that help our clients in screening investment opportunities. We also assist our clients with in-depth company analysis, investment case studies as well as financial and valuation analysis. 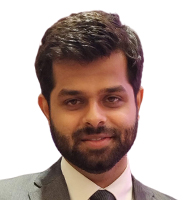 Vishal has over six years of experience in Investment Banking, and Private Equity industry. He has worked in diversified sectors including Technology, Media, Telecommunication, Consumer goods, Retail, Hospitality and Real Estate. In his career, he has assisted several clients in their entire investment lifecycle through functions ranging from valuation analysis and industry analysis to portfolio monitoring.

Collapse of small/medium energy suppliers in the....

Key takeaways: Twenty small and medium energy suppliers (out of c.50) in the UK wit....Read More

The public, media, experts and analysts now talk about the world before the pandemic and t....Read More

Digital transformation in healthcare is the use of digital technologies to deliver health ....Read More