Unhedged Small/medium suppliers to be the worst impacted firms

At the current levels, these unhedged suppliers are expected to incur a loss of c.GBP700/year4 for serving one customer. Twenty such utilities have failed with a combined customer base of 2m over the past two months and over 15 suppliers are struggling to stay afloat. The Government has stated that it will not bail-out these firms

Big energy suppliers in the UK such as Centrica, E.ON, EDF and Scottish Power hedges most of their energy purchase costs. Hence, these firms will have limited impact from the current crisis. The UK’s business secretary has been warned by the industry that out of c.50 energy suppliers (before the crisis) in the UK, only c.10 could survive by end-2021. Most of these suppliers are private with limited access to Capital Markets. Hence, there failure will have limited repercussions in the credit market

Saving these energy suppliers could be a risky bet

UK energy supplier could take c.9 years to cover up the losses from the current gas crisis in the UK

Consolidation in the sector: Opportunity for Big five5 energy suppliers

Acuity Knowledge Partners has partnered with some of the asset managers in Europe, UK North America who have invested in the UK Energy sector. We have helped our clients by providing time bound, scalable and idiosyncratic solutions at various level of complexities – such as sector reviews, credit rating recommendations, detailed financial models and new deal reviews. This is well supported by our sector expertise and proprietary solutions, ready to use templates across Utilities and other sectors.

1To protect these consumers from a spike in wholesale power prices, the UK energy regulator (Ofgem) imposed a price cap in the UK in 2019 for c.11m customers (which uses variable contracts rather than fixed contracts). The energy price cap puts a limit on the amount that the energy suppliers can charge for per of unit gas and electricity to domestic customers. The cap is reviewed every six months, and is adjusted based on wholesale power prices. The price cap was increased 12% from Oct’21 but was the cap was decided during the summer (before the current crisis).

5 There were six big suppliers in the UK earlier. However, it reduced to five after E.ON merged Innogy’s Npower (part of big energy supplier) in FY20 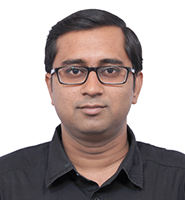 Vivek has over 7 years of experience into Credit Research (Investment Research). Over the years, he has supported IG and HY analysts on the buy side, sell side, and credit rating analysts. He has been associated with Acuity Knowledge Partners since June 2020. Vivek currently covers Utilities Sector and provides support to a large buy side client based in Europe covering IG and HY issuers in the EMEA region. Vivek holds an MBA (alumni of Indian Institute of Management-Indore) in Finance and a Bachelor’s degree in Engineering.

High US inflation, Fed tightening and a tighter ....

In November 2021, the consumer price index jumped 6.8% from a year earlier, the highest in....Read More