The global financial crisis led to the run on Northern Rock in September 2007 and the collapse of Lehman Brothers in September 2008. The UK Government gave support packages for Lloyds Banking Group after its acquisition of HBOS, and the Royal Bank of Scotland, in October 2008 (~£65bn bailout). As part of its response to the crisis, the UK Government established the Independent Commission on Banking (ICB), led by Sir John Vickers, to recommend banking reforms to promote financial stability and competition in the United Kingdom. Ring-fencing was the central recommendation of the ICB and was introduced through the Financial Services (Banking Reform) Act 2013.

From 1 January 2019, the largest UK banks must separate core retail banking from investment banking. This is known as ring-fencing. The idea is that the essential (retail) parts of the business will become safer, making it less likely that normal people will be affected by a failure in the riskier parts, such as investment banking. The rules are aimed at the biggest 5 lenders - HSBC, RBS, Lloyds, Santander UK and Barclays, as well as any challengers who climb above the £25bn deposit mark (3 year average of more than £25bn ‘core deposits’ - broadly from individuals and small to medium-sized businesses).

Barclays is the first UK bank to complete ring-fencing effective 1st Apr 2018 with approx. costs of £1bn. Barclays' new stand-alone UK bank has 24m customers and £250bn of assets. Below is the tentative timeline for completion of ring fencing provided by respective banks. Basis this it appears all major banks will be able to comply with regulation well in time.

To conclude, separating retail banking services is just one aspect of reforms to make the system safer. Ring-fencing alone cannot protect a bank from a collapse in its retail banking business – the crisis which brought down the UK’s former building societies in the credit crunch. Neither Bradford and Bingley nor Northern Rock had investment banking operations. Ring-fencing represents an important part of the response to the financial crisis and meeting the objectives of ending ‘too big to fail’ and preventing the costs of bank failures falling on taxpayers. 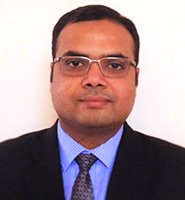 From IBOR to risk-free rates: Are banks ready fo....

Global Interbank Offered Rates (IBOR)1 are in the process of being replaced by the end of ....Read More

The US housing market, believed to be bigger than the US stock market, is coming under pre....Read More

US economic recovery , US Housing market , US Inflation

How retail banking is reshaping post-pandemic

Retail banking was at the core of critical services that kept the world functioning throug....Read More

Will 2022 be another good year for US retail

The COVID-19 pandemic is the most serious challenge facing financial institutions in nearl....Read More