Published on August 4, 2022 by Anshul Sehgal

Covered bonds are an integral source of funding for European issuers. Data from the European Covered Bond Council (ECBC) fact book 2021 suggests the outstanding volume of covered bonds stood at EUR2.9tn at end-2020. There are active covered bond markets in 30 European countries, with Denmark, Germany and France being the largest issuers. 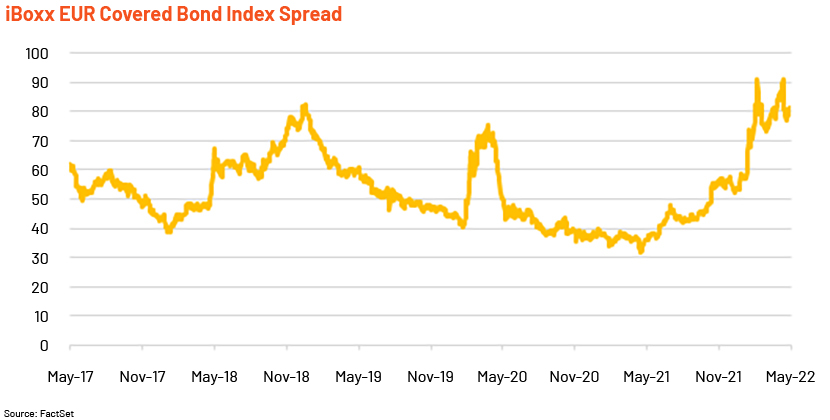 The current volatility, driven by the Russia-Ukraine conflict, has had a positive impact on covered bond issuance. Nord/LB estimates EUR covered bond issuance crossed EUR117bn by end-June 2022. With the conflict continuing to affect funding markets and the expiration of inexpensive central bank funding availability, momentum in the issuance of covered bonds by European banks will likely continue in 2022.

The need for harmonisation

The covered bonds market is a multi-trillion-euro market, but it is fragmented and concentrated. Each member state has different legislations governing covered bonds, varying in terms of eligibility of cover assets, disclosures and supervision. As such, it is difficult for investors to assess credit quality across jurisdictions. Furthermore, different instruments were subject to the same EU regulatory treatment. The covered bond harmonisation framework aims to create uniform product, disclosure and supervision standards across the EU.

In November 2019, the EU parliament ratified the EU Covered Bonds Framework (the Covered Bonds Directive plus amendments to Article 129 of the Capital Requirements Regulation, or CRR), setting the stage for truly harmonised European covered bonds. The framework was published in January 2020 and became fully binding from 8 July 2022. However, national legislators have discretion on the transposition of the Covered Bonds Directive to law; technical differences across member states’ covered bonds frameworks are, therefore, likely to continue for the time being. 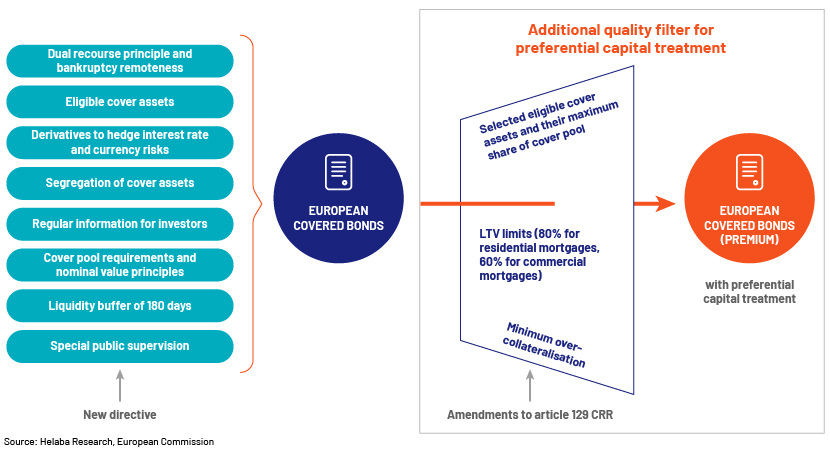 A long road to harmonisation

Of the 27 EU countries, 19 member states (70%) had announced the full transposition of the Covered Bonds Directive to national law as of 2 June 2022. The remaining member states have either published draft legislations or are simply yet to report their implementations to the European Commission. Countries such as Germany, France, Denmark, Spain and Austria, which account for the bulk of the covered bond market, have already completed the transposition, while in the Netherlands, the new covered bond legislation became effective on 8 July. We expect most of the remaining members to have met the July deadline, driven by the risk of losing preferential regulatory treatment.

However, with implementation differences across member states, there are still issues that need addressing. For example, the treatment of soft-bullet covered bond maturity extensions differs. Similarly, over-collateralisation levels vary, with a 5% requirement in Spain, 2% in Germany and 0% in Italy.

The calculation of the liquidity buffer also varies, depending on whether scheduled or extended maturities are used for covered bonds. In addition, the Directive falls short in terms of giving concrete guidance on the maturity mismatch risk. There is also scope for improvement in managing interest rate and FX risks, and setting limits on the concentration of pool assets.

With the Covered Bonds Directive now effective, further measures will be taken up for consideration. The Commission should submit reports by 8 July 2024 focusing on third-country equivalence regimes for covered bonds issued by non-EU countries, risks and benefits of extendable maturity structures and the introduction of European secured notes (ESNs). In addition, the differences in implementation across member states will be analysed, and proposals on further alignment measures and the development of covered bond markets should be submitted by 8 July 2025.

Covered bonds are generally treated as safe investments given their superior credit ratings, indicating low risk levels. However, considering low default risk as homogenous along with “home bias” could make investors miss out on rightfully assessing credit risk and the diverse opportunities present in the markets. We have been supporting asset managers invested in covered bonds globally. The team combines qualitative and quantitative fundamental credit research with technological solutions that not only improve our speed to market, but also provide actionable insights. The team is supported by access to long-serving in-house sector and asset-class experts. 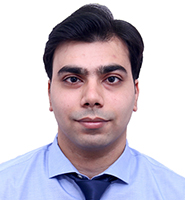 Anshul Sehgal has over six years of work experience in investment research, with a focus on European banks. He currently supports the credit research desk of a global investment bank. The work involves staying on top of regulations, estimating issuance, tracking ratings and identifying trade opportunities across the debt stack. He holds an MBA from IIM Raipur and a bachelor's degree in Technology from MSIT, GGSIPU.