The days of coal are not over yet

Increased access to electricity is helping build and strengthen economies, lifting millions out of poverty. However, this success story has come at a price – the electricity sector, heavily reliant on coal, is responsible for the significant increase in global carbon dioxide emissions. Global discussions are, therefore, underway to minimise the use of coal as a source of electricity generation.

Coal has been the major source of electricity generation for a number decades. Despite the efforts and commitments of governments across the world to move away from coal to renewable energy, it is still the world’s largest source of electricity generation, although the share of coal in the global power-generation mix dropped in the last decade – to c.34% in 2020 from 40% in 2010. In 2020, the pandemic led to less coal use as the temporary decline in economic activity reduced electricity demand, leading to the closure of several coal-fired power plants.

Regional consumption patterns: The use of coal as a source of electricity generation in North America and Europe declined sharply from 2010 to 2020. In the UK, the share of coal in the power-generation mix dropped to a meagre 1.74% in 2020 from 28% in 2010. The UK government announced in June 2020 that the country’s coal power generation would end in October 2024, ahead of the previously announced deadline of 2025 by a year. Germany has announced a roadmap for ending coal-fired power generation in the country by 2038 and regular reviews to assess whether the deadline could be brought forward. Eight of Europe’s most polluting coal power plants are scheduled to be closed by the end of 2022 – 162 of the region’s 324 coal-fired plants have closed or are planned to be shut down by the end of 2030, according to data compiled by the Europe Beyond Coal campaign.

In the US, the share of coal in electricity generation fell to 19% in 2020 from 45% in 2010, according to BP’s Statistical Review. Like its counterparts in developed Europe, the US is rapidly shutting down its coal-fired power plants, driven by a focus on lower emissions, the economic competitiveness of natural gas and renewable sources, and changes in political leadership. Under the Biden administration, the US officially rejoined the Paris Agreement and pledged to become a net zero emissions economy by 2050. It also aims to create a carbon pollution-free electricity sector by 2035.

A different consumption pattern emerges when the focus shifts to Asia. Coal demand in South and Southeast Asia is expected to rise as demand for electricity and infrastructure increases, according to a study by the International Energy Agency. With strong prospects for economic growth, this region relies heavily on coal for its electricity needs.

China (the world’s largest consumer of coal) and India (the world’s second largest) rely heavily on coal for their power-generation needs. China’s use of coal for this purpose declined over the last decade – to 61% in 2020 from 77% in 2010. The country is focusing heavily on electrifying the transport and other sectors, and this requires secured power supply. Hence, although its reliance on coal is reducing, coal will likely continue to account for the lion’s share of consumption in the coming decades. Around 70% of India’s electricity is generated by coal-fired power plants. The country expects significant economic growth, which would boost demand for electricity, driving demand for coal. China’s recent electricity crisis prompted the government to mine and burn more coal for electricity generation, despite its pledge to curb emissions. Average daily coal production increased to more than 11.5 million tonnes in October 2021, an increase of around 1.1 million tonnes per day from September 2021, according to the National Development and Reform Commission.

Southeast Asia is one of the fastest-growing regions in terms of electricity demand. Demand for electricity has increased by more than 6% annually over the past 20 years. Millions have gained access to electricity since 2000, and the region is progressing to achieve 100% access by 2030. It has the third-highest number of coal-fired power plants, after China and India, with c.20 gigawatts (GW) of new coal-fired generating capacity under construction in 2019, according to data compiled by UN-backed international organisation Sustainable Energy for All (SEforALL). Indonesia (a major coal producer) has 12GW of coal-fired power plants under construction, followed by Vietnam (9GW) and the Philippines (2GW). Strong economic growth in the region would drive both electricity and industrial consumption, largely powered by coal.

Coal is struggling to survive in developed countries in Europe and to an extent in the US. Its future now lies in Asia, with China, India and Southeast Asia continuing to strengthen their coal-fired power-generating capacity. We believe coal will dominate the global electricity generation mix in the coming years, with Asia the primary consumer.

To succeed in this changing environment, mining and energy companies, power plant operators and investors would need to have a 360° view of the regulatory policies, consumer sentiment and competition in this space. This presents opportunities for consulting firms, especially those that offer full-fledged research and analysis that could become an essential part of the value chain. We have a strong understanding of the coal, power and renewable-energy industries; this, combined with our in-depth research and analysis, enables us to offer one-stop solutions to companies across the energy industry’s value chain to help them understand its social, political and economic landscape. 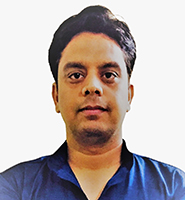 Dhiraj has an experience of more than 11 years in research and consulting. He currently works in Private Equity & Consulting practice at Acuity Knowledge Partners and supports consulting and corporate clients in their research assignments. He is experienced in customized research related to market & competitive intelligence, market assessment, benchmarking, competitive landscape, market entry, M&A opportunity partner identification for various industries such as BFSI, energy, oil & gas, metals & mining and retail.

Executive summary China’s GDP appears to be on the path to recovery and growth after ....Read More

Background The COVID-19 pandemic had a ripple effect across global economies. Instabili....Read More