Published on January 10, 2017 by Abhishek Singh

Hedging may be too costly or too complicated for some investors. To overcome these hurdles, an investor can leverage several hedged ETFs available in the market that deal with a range of asset classes including equities, fixed income, gold, and currencies.Hedged ETFs are a cost-effective alternative for investors who want to go long on one asset and short on another based on their investment requirements but don’t have the expertise, scale or time to hedge their investment on their own.

An investor who believes that companies in particular countries will do well in local currency, but may not perform sufficiently well in USD terms would opt for hedged equity ETFs. The funds would go long on equity and short on local currency. The investor can benefit from growth in stock price in local currency and will be protected against the devaluation of the local currency. For example, the Indian benchmark, the Sensex, had returned around 9% in rupee terms, but lost around 3.5% in USD terms in 2013. In fact, the rupee version has performed better than the USD version every year in the last five years. In general, the USD has increasingly gained muscle against almost all major currencies, and the trend is expected to continue in the near future.

With uncertainty growing across the world, gold seems to be a good bet. Gold is a better buy in Japan or Europe than in the US, as the yellow metal is anticipated to perform better in the local currencies, which are expected to continue their depreciation, given the negative interest rates. Investors can buy gold in local currency through ETFs. The funds would go short on euro/yen and long on gold. Just shorting the euro would give a chance to profit from a falling euro, but combining it with gold is even better, as it also hedges against a fall in local currency.

ETFs are available for fixed income as a tool to hedge against an expected rise in interest rate by the Fed in the near future. The funds would go short on Treasuries and long on high-yield bonds.

The table below shows the monthly and yearly performance of a few hedged funds (GYEN, DXJ, and HEDJ) compared with their unhedged counterparts (GLD, EWJ, EZU) as of close on November 11, 2016.

The performance of a hedged ETF depends on the direction of its hedging bet. Currency hedged ETFs performed better than unhedged ETFs in Oct-Nov, 2016 because the USD strengthened on the back of an expected rate rise by the Fed. As an example, while the GLD fund is down by around 2% in above table, GYEN, the hedged counterpart, is up almost 1%. Similarly, DXJ (hedged Japanese equity) is up more than 4%, while EWJ (unhedged Japanese equity) is flat. But if we look at the same ETFs over one year, we would find that the GLD is up by more than 12%, while GYEN is down by around 3%. Likewise, EWJ is flat, while DXJ is down by more than 2%. European hedged ETF (HEDG) has performed slightly better than the unhedged (EZU) in the one month period, losing a tad more than 1% compared with an almost 2% loss for the unhedged fund. But if we compare the numbers for one year period from Nov, 2015 to Nov, 2016, we would notice that only the European hedged ETF has performed better than the unhedged version, while the other two hedged versions have underperformed their unhedged counterparts.

As an example, we can look at European equity funds (see chart below).

As evident from the graph above, the hedged ETF (HEDJ) has not always outperformed its unhedged counterpart (EZU). The euro surged around December 3, 2015, due to smaller-than-expected stimulus from the ECB, resulting in a bigger loss for hedged ETF. But after Donald Trump’s victory, given his big push for infrastructure and expected nationalist policies, the USD started gaining, resulting in HEDJ’s outperforming EZU.

Hedged ETFs try to take advantage of short- to medium-term trends in markets, which would eventually change, as markets would ultimately move toward the long-term trend. So, in most cases, long-term investors are better off without these instruments (as they need to incur a hedging cost), which they would not normally require. For example, hedging for a rise in rate won’t work in the long term, as the rate rise cycle will end in a few years. But in some cases, the trend continues for a long period, such as the strengthening of the USD against most currencies, which has been continuing for a long time.

Hedged ETFs have their advantages, but they are not for novice retail investors. They are only for investors who understand what such funds are engaged in and how hedging works. Investors should clearly know what they are getting into because the direction of markets can change suddenly, making some of these ETFs doubly disastrous.

Acuity Knowledge Partners has deep expertise and proven track record of supporting major index and ETF providers across the globe. We have rich experience in backtesting different index strategies which could be utilized to launch ETFs with innovative strategies. 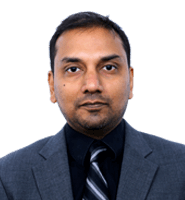 Abhishek is part of Index Quants team at Acuity Knowledge Partners. He leads the team responsible for publication of strategy indices and contributes to projects related to index quants. He has over nine years of experience in Index operations, Risk Management, Equity Research and Investment Banking with more than 6 years of experience in Index operations. Abhishek holds an MBA in finance and B.Tech in Computer Science.

“The advantage of a dual class share structure is that it protects entrepreneurial manag....Read More

Could Millennials be the downfall of Asset Manag....

A recent study concluded by the financial-advice website Bank rate, shows that only one in....Read More

The year 2017 saw cryptocurrencies getting a lot of attention with its rising popularity a....Read More