Published on September 18, 2019 by Paramjit Ahluwalia

A “gig” economy is a system where a workforce works primarily on short-term contracts and freelance assignments. Its industry dynamics are a function of flexible, temporary, and freelance jobs, and it connects clients and service providers on an online platform.

This type of economy is rapidly gaining in popularity, as it improves work-life balance by providing individuals an opportunity to choose projects that best align with their goals and interests, offering a variety of work to choose from, and providing flexibility and the ability to earn from multiple sources.

The economy is fragmented and spans a wide variety of workers such as the self-employed, freelancers, independent contributors, and part-time workers in key sectors, including finance, insurance, IT, retail, healthcare, media, education and property management.

Main reasons for working in a gig economy

The gig economy has been gaining ground in the West, specifically in the US and the UK. The US is reported to have 55 million gig workers, representing more than 35% of its workforce. The share is projected to increase to 43% by 2020. In the UK, gig workers have more than doubled in the last three years to 4.7 million.

Current trends in the gig economy

Greenhouse McKinsey’s recent surveys on the gig market indicate that employers in developed markets, such as the US and the UK, are witnessing increasing portions of their workforces shifting to such structures every year. The gig economy has been growing rapidly, aided by growth in digital freelance marketplaces and high-powered mobile computing tools, and the autonomy it offers.

The finance and insurance industries accounted for the second-largest share (26%) of gig workers, trailing the IT sector (33%), according to recent research conducted by BCG. Given the growing focus of banking and financial institutions on supporting the gig economy, we expect it to gain even more attention in the coming years. Driven by technological innovation and investment in digitization, the finance industry is also shifting toward freelance marketplaces, although compliance and regulatory requirements curtail its ability to fully exploit the benefits offered by the gig economy.

To be continued in part ll of the blog.

Thriving in the Gig Economy

Does the gig economy pose risks for financial services?

Economics for Everyone: Gig economy 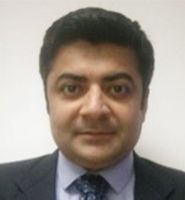 Paramjit has over 12 years of experience in the investment banking domain. He has been with Acuity Knowledge Partners since 2012, actively assisting boutique and leading investment banks with company profiles, pitchbooks, financial models, capital structure analysis, precedent transactions and comparable analysis, operational and financial benchmarking, case studies, and other ad hoc projects. He also has extensive experience in supporting multiple industry teams, including consumer discretionary, telecom, pharmaceutical, mining, oil and gas, and agriculture, across geographies.

What is Brexit? Put simply, it is the decision of the United Kingdom of Britain, Wales, S....Read More

Gig economy and its impact on the financial s