Markets are facing an unprecedented crisis as the global economy is disrupted by the coronavirus pandemic.The Middle East, however,is grappling with a double shock – the impact of COVID-19 and the oil price plunge.

The pandemic is causing significant economic turmoil in terms of a decline in demand, a negative impact on trade, reduced consumer confidence, and tighter financial conditions in the region. However, OPEC and Russia failing to reach an agreement on oil production cuts has led to a surplusof oil supply,and a subsequent price war, with oil prices tanking to their lowest in 17 years and significantly affecting these oil-based economies.

The region’s governments have responded with fiscal and monetary stimulus packages, but volatility in their respective markets will likely continue until the effects of COVID-19 subside. Equity markets are down across the region and sovereign spreads have widened. Such tightening in financial conditions could make raising capital a challenge. Oil prices unlikely to recover in the near term, having a ripple effect on economies

The situation continues to evolve as do the markets. Despite volatile markets, and a likely higher cost of borrowing, the Gulf countries would now need to come to the international markets as their deficits widen and oil revenue declines. Issuers with weak credit quality or significant direct exposure to affected industries will likely find it difficult to access capital markets.Consolidation in the markets seem to be on cards, looking back on lessons from from the 2008 crisis.It could be an opportunity to acquire high-quality assets to fuel growth in a recovering market, albeit at compelling cheaper valuations.The lower interest rates after the Fed’s rate cut should also allow more GCC debt issuances (conventional and sukuk). Corporates with sound fundamentals and good equity stories would remain resilient and may find a new normal as the situation improves, although how soon that would be remains to be seen.

Acuity Knowledge Partners, through its Investment Banking practice, is partnering with banks and corporate finance advisories across the Middle East to successfully achieve their objectives by leveraging our research and analysis services pertaining to M&A, capital markets and Islamic finance. We have partnered with leading investment banks in the Middle East since 2013, helping them scale up their coverage, while reducing overall costs and time-to-market through access to a large talent pool.

Explore our investment banking solutions for the middle east and see how you can benefit. 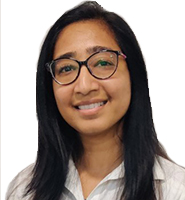 Neha Agrawal has over 13 years of experience in investment banking and consulting. At Acuity Knowledge Partners, she leads various Middle Eastern Investment Banking engagements supporting across Capital Markets, Islamic Finance, Strategy, and proprietary investments. During her tenure with Acuity knowledge partners, has worked with consulting firms, boutique advisory firms and leading investment banks across the US, Middle East and Africa. Previously she worked with Bank of America Merrill Lynch, where she handled various roles across the investment banking division. Neha holds an MBA from ICFAI Business School, Hyderabad and is a Graduate in Science (Hons).