Published on October 31, 2017 by Prashant Gupta

Climate change is the biggest challenge of the 21st century. Climate scientists believe that limiting CO2 emissions is essential in preventing temperatures from reaching an unsustainable level. Government, communities, and individuals need to do their part to address this threat. In the wake of such a challenge, a new fixed income product named “green bond” has emerged.

A green bond is similar to a regular bond in terms of structure and returns; however, their proceeds are meant to be used only in environment-friendly projects. Such projects could include clean transportation, sustainable water management, and renewable energy.

The total value of green bonds, created just 10 years ago, grew from $3 billion in 2012 to $81 billion in 2016 and is expected to reach $150 billion by the end of 2017, according to data from Climate Bonds Initiative, a not-for-profit organization. According to the World Bank, which is one of the world’s first and largest issuers of these bonds, had issued a total of 130 green bonds worth over $10 billion as of April 2017.

Green bonds are defined by the use of their proceeds, not by whether the issuing entity is “green.” This distinction has attracted a large number of issuers, as any entity in any sector can issue a green bond. In 2015, a Thai oil company issued green bonds of $92 million for green projects. Even Bank of America issued $1.0 billion of green bonds in November 2016.

A cost is associated with the additional work (e.g. labeling a project “green”) required to issue a green bond, which has to be borne by the issuer. So why are companies issuing them? There are a number of reasons. Issuers can augment their reputation of being environment friendly, showcase their values, diversify investor base, communicate their commitment toward sustainable development, etc.

Since green bonds are backed by the full credit of the issuer, i.e. they have similar financial characteristics as regular bonds from the same issuer, in general they offer yields similar to those on regular bonds. In other words, the pricing of green and conventional bonds remains generally close and highly correlated (as shown in the chart below). However, green bonds come with an additional promise of green impact, i.e. proceeds from green bonds go toward addressing climate change. For socially responsible fixed income investors, green bonds present a huge investment prospect. As far as other investors are concerned, it is still a great investment opportunity as a green bond is no different from other similar–rated conventional bonds. It is interesting to note here that as of now, the majority of green bonds are investment grade, thus reducing the associated credit risk.

Note: A comparison of a green bond with a regular bond is possible when the issuer issues them almost simultaneously and with almost identical terms including currency, structure, yield, and maturity. This is rare.

The above two bonds are different in terms of maturity and issue amount, which led to the minor difference in the YTM throughout the tenure. 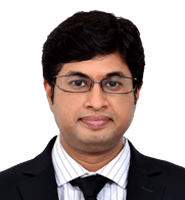