Can the China-US audit agreement save Chinese stocks from delisting?

Published on September 21, 2022 by Chenran Tian

26 August 2022 saw a breakthrough in the cross-border audit supervision issue between China and the US, when the two parties signed a statement of protocol that allows US authorities to directly supervise audit firms based in mainland China and Hong Kong SAR. Before this, over 200 Chinese stocks trading on American exchanges faced risk of being delisted. This is good news, indicating the world’s two largest economies were able to reach an agreement despite their differing views, but it does not eliminate the risk of being delisted yet. Global investors interested in the “China story” will likely find ways to keep invested in Chinese companies and continue to require credible research from reliable research partners.

The risk of being delisted, in the absence of negotiations, was building for more than a decade. The timeline of key events is as follows：

The agreement seems to provide more access to the PCAOB

The audit agreement signed by China and the US addressed the major disparities that existed in the past years of negotiation. It specifically states the PCAOB has sole discretion in selecting the audit firms and clients it will examine, that PCAOB inspectors and investigators can see all audit work papers without any redaction and retain any information they view, and the PCAOB can interview and obtain testimony from audit firm personnel in China and Hong Kong. Lastly, the agreement allows the PCAOB to transfer information to the SEC for all SEC purposes.

The success of the agreement has yet to be seen, as the root cause of the disagreement is not yet addressed

The US and China authorities agreed not to make the language of the deal public, but the statements made by both sides seem to clash on some areas. Looking at the long negotiation process between China and the US, the biggest dispute is that the US authority needs to inspect the audit paperwork to ensure American capital market integrity, but giving out the files will compromise China’s national security, as claimed by China’s government. On one hand, the US’s concern seems reasonable, and one example to illustrate this point is that in April 2020, Chinese coffeehouse chain Luckin Coffee confessed to falsely inflating its sales by USD340m, and its stock price dropped by 90% on the same day. The US investors of Luckin Coffee suffered a major loss. The case of Luckin Coffee proved the need for cross-border audit supervision. On the other hand, the Chinese government’s concern is also justified. Different from the US, China has a large number of state-owned corporations, such as China Mobile. They undertake national strategic projects and build critical infrastructure. Therefore, the US government having full access to these companies’ operating data could jeopardise China’s national security.

The HFCAA is currently binding on all foreign stocks on American exchanges, except Chinese and Hong Kong SAR stocks. It is unrealistic to expect the US authorities to make exceptions, and it is not feasible for China to make concessions on national security issues. This appears to be an irreconcilable conflict. The key to successful implementation of the agreement is to work out a set of practical procedures acceptable to both parties.

In mid-September 2022, PCAOB inspectors will travel to Hong Kong and begin the audit supervision work. The PCAOB will determine whether China as a jurisdiction is compliant with the HFCAA. If the inspection yields positive results, Chinese stocks will be able to continue trading on American stock exchanges. Although both China and the US desire the trading activities of Chinese stocks on American exchanges not to be interrupted by this audit issue, the two sides have different views on how the detailed implementation process will unfold in practice. As the SEC stated, while this agreement is a step forward, it is just a step in the process. Therefore, it is premature to make a judgment on the actual effect of the agreement.

In the worst-case scenario – where China and the US are not able to reach an agreement and Chinese stocks are delisted from American stock exchanges – the impact on investors would be considerable. Investors holding Chinese stocks on US exchanges would have to move their trading activities from exchanges to over the counter, a far less liquid trading venue than exchanges. Investors would face greater liquidity risk than before.

Fortunately, many Chinese stocks also trade on stock exchanges in Hong Kong and mainland China, and global investors interested in holding these stocks could continue to trade on Hong Kong exchanges directly and on mainland exchanges through stock connects.

As one of the world fast-growing economies, China has captured the attention of a number of global investors. The potential delisting of Chinese stocks from US exchanges has introduced uncertainty to the capital market and poses a significant challenge for investors who want to invest in China but lack the necessary experience. As the world waits to see whether China and the US can reach common ground on this audit issue, we provide support to international asset managers, guiding them through market fluctuations. With more than a decade of experience in China and a large pool of bilingual talent, we have a good understanding of the local macroeconomic and regulatory environment and the right people to undertake research projects. 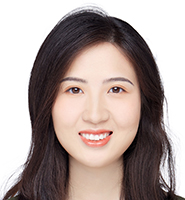 Chenran Tian works as an equity research analyst in Acuity Beijing. She is currently supporting a global asset management firm. She has a master’s degree of Financial Risk Management in University of Toronto. She previously worked as a banking advisor and client advisor in Royal Bank of Canada.