Worsening sovereign debt crises – a cause for worry

A sovereign debt crisis emerges when a nation’s ability to pay back its sovereign debt is severely reduced. High government debt, combined with the prospect of continued fiscal deficits, raises doubts about its ability to meet obligations.

A case in point is the sharp decline of the Sri Lankan economy as the country fell into a debt trap. Sri Lanka’s interest payments on decades of borrowing are now almost equal to the debt principal outstanding. The government’s gross mismanagement of funds and deep tax cuts, together with the adverse impact of the pandemic, worsened the situation and destroyed the economy.

A significant number of countries are heading in the same direction as Sri Lanka, according to the World Bank.

Recent incidents in Sri Lanka resonate beyond its borders. Global markets see them as auguring potential defaults across the developing world. This is a cause for worry and needs to be addressed urgently.

Low- and middle-income countries in Asia, Africa and Latin America are likely to face the same situation. They are very soon likely to encounter issues such as rising food and energy prices, leading to tougher financial conditions and ultimately resulting in a debt crisis.

We note below some countries facing an adverse economic situation:

The following graph shows the countries facing high debt risk and eligible for support from the International Development Association (IDA). They are opting for variable-rate debt; this increases their debt risk and leads to default.

How can they prevent the looming debt crisis?

They need to be proactive if they are to prevent a domino effect. We list a few action plans below.

Nations must be wary when choosing sources of aid, borrowing and income. Amid such crises, those living in low-income countries find it difficult to afford the basics. Studies show that increasing taxes and foreign aid could help.

Low-income countries need to improve their tax-collection efforts to minimise the need to borrow, which is costlier and an added burden. However, most of these countries engage in small-scale manufacturing and have unorganised sectors, with most of the workforce unskilled, making it a challenge for governments to collect taxes from groups not liable to pay them.

Even if these countries improve their tax collection, nearly 50 of them still face challenges in their efforts to end extreme poverty.

Lending bodies come to the rescue of such countries by offering state-contingent debt instruments (SCDIs). The debt contracts must include supporting clauses that allow debt restructuring by creditors. Besides, repayment of such loans can be paused if the borrower faces difficulty in debt repayment. Such facilities can reduce the repayment burden and give countries room to draft plans that focus on revenue generation.

3. Keeping track of accountability of borrowers and lenders:

Debt transparency is key, and parties involved in debt contracts must be accountable for their actions. This needs work at the country level so that citizens and parliaments can be provided incentives for governments to improve debt management. Many countries have high contingent liabilities, also referred to as hidden debts. Therefore, without transparency, the real debt risk of such low-income countries would remain uncertain and uncalculated.

Transparency is a concept used only to a limited extent by international initiatives. One proposal is to create a publicly accessible registry of loans to governments. Such public disclosure of lending contracts would enable parliaments, journalists and civil society organisations to scrutinise them, and also provide full information to other lenders before they extend loans.

How Acuity Knowledge Partners can help:

We offer a wide spectrum of services across the lending value chain. We support global commercial and investments banks with continuous and grass-roots level monitoring of portfolios. With over two decades of experience and expertise in providing services across debt restructuring and debt advisory, we customise our services to client specifications, ensuring better debt management. 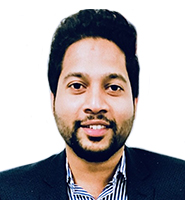 Gowtham has over 11 years of experience in commercial lending domain. In his 6+ years at Acuity Knowledge Partners, he has worked with one of the largest US-based banks. He is an expert in US Loan Servicing Process and has core competency in Portfolio Monitoring Activities, which helps the Credit team evaluate borrowers’ creditworthiness. Gowtham has also worked on many new-to-bank and ad hoc cases, helping the Origination team build and maintain a solid relationship with clients.

Private equity – strong amid a recession....

Private equity (PE) is an alternative asset class through which companies can raise funds ....Read More

Background The COVID-19 pandemic had a ripple effect across global economies. Instabili....Read More