Why European Banks’ Profitability is Low

Published on February 26, 2018 by Hitesh Acharya

Concerns remain about why European banks’ profitability is lower than global peers’. Low bank profitability is both the cause and the consequence of a weak economic environment. A 2016 IMF study of 170 lenders in Europe revealed that over 50% of them generated a weak return on equity (ROE; i.e., <8%), while lenders representing only 15% of the asset base generated a healthy return (i.e., >10%). This low profitability was also reflected in their collective price-to-book ratio of below 1x in Q4 2017.

The following is a comparison of global net income-to-tangible assets ratios:

Regulatory actions due to banks’ transgressions have also resulted in a sizable hit to the profitability of some major banks. ‘Misconduct risk’ generates the bulk of operational risk (c. EUR71bn) expected by Europe’s top banks. Regulatory misconduct costs amounted to c. EUR122bn over 2011-2015.

For example, Italy and Germany have too many banks and bank branches for all of them to have a high ROE, while institutions in Denmark, the Netherlands and Spain have reduced the number of branches significantly. Such steps could represent savings of about USD23bn.

Many European banks have yet to capitalize on opportunities offered by financial innovation and technological advancement such as automation and offshoring. The following chart shows cost-to-income ratios versus pre-provision income to average total assets as of 2016:

Developing non-interest income streams is not easy, due to high competition and weak economic conditions. For example, while US and Canadian banks’ market share in the global investment banking domain increased to 62% in 2015 from 58% in 2010, European banks’ share dipped to 30% from 35%. 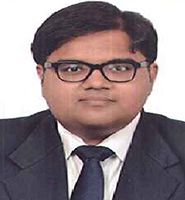 Commercial and corporate lending trends in 20

Cryptocurrencies are a digital medium of exchange that does not exist in physical form, is....Read More