The Next Wave of Economic Downturn

Recession, defined as two consecutive quarters of economic contraction, has been the talk of the town in recent weeks. Although inevitable in an economic cycle, there is a lot of commotion this time around, as there are visible signs of one approaching, unlike in 2008, when most economists failed to forecast a downturn.

Why we think the US will face a recession?

Is the threat of recession real, given the US employment rate is at a record high, stock markets are making new highs and showing strong support at lower levels, home prices are at an all-time high and the US dollar is strengthening against foreign currencies? We present some factors below that we believe substantiate our fears:

The overvaluation of stock markets is another indication of an impending correction. The S&P 500’s cyclically adjusted price-to-earnings (CAPE) ratio (calculated as the S&P 500's current price divided by the 10-year moving average of inflation-adjusted earnings) is hovering around 30x, c.75% higher than the historical mean of c.17x.

More than two-thirds of the financial crises in recent decades were preceded by a boom-bust cycle in housing prices. The OECD housing prices index indicates that US housing prices are now c.20% higher than they were at their peak during the property bubble in 2006-07.

After the 2008 economic crisis, the Fed used an unorthodox monetary policy known as quantitative easing (QE) to sustain the recovery. However, as a result, the Fed’s total assets grew significantly, to USD4.5tn in 2017 from USD925bn in 2008. This injected unprecedented excess liquidity into the economy, raising US asset prices to record levels.

Gold is considered to be a safe-haven investment that witnesses growth during turbulent times. Robin Sacredfire once said that, “In times of recession it's not wise to argue about the price of gold”. Gold prices spiked in just four months, to USD1,550/oz in October 2019 from USD1,300/oz in July 2019. In January 2020, again Gold prices rose sharply breaching $1,600 ceiling after a gap of seven years.

The Business Confidence Index (BCI), an indicator of business sentiment, touched below 100 in May 2019 and has been on a negative trend since then, indicating fears about future performance. The US Manufacturing Purchasing Managers’ Index (PMI) shrank to 47.2% in December 2019, according to the Institute for Supply Management. The December reading was the lowest in the past decade (since June 2009, when it reached 46.3%). A reading below 50 indicates that the manufacturing sector is contracting. Jobs in the sector are dwindling, despite the US unemployment rate falling to its lowest level in half a century.

What could trigger another recession?

A recession could be triggered by factors such as business errors, a change in government policies, uncontrollable inflation, or a credit crunch. The last recession, in 2008, was the fallout of sub-prime loans and their securitisation, which created a bubble in the real estate market. US housing prices then plummeted, hitting the banks and directly impacting employment and industries related to the financial sector. The next recession could be more of an outcome of self-inflicted events, such as the US-China trade war, geopolitical tensions or military exercises and/or social unrest that could have far-reaching effects.

For the past several months, the US economy has been weighed down by prolonged policy uncertainty, strained trade relations, and heightened political tensions. The biggest drag on international trade and the global economy has been the US-China trade war, which started in January 2018 with the Trump administration imposing tariffs on imports of goods, including solar panels, washing machines, steel, and aluminium from all countries. China imposed retaliatory tariffs on the import of US goods, targeting crude oil and American-made automobiles. This has not only reduced the trade between the US and China, but also impacted economies such as Japan, Germany, and Britain. Germany narrowly avoided a recession, recording 0.5% growth on an annual basis in the third quarter of 2019, after its economy shrank in the second quarter. Phase one of US China trade deal signed on January 15th, 2020 is being seen as more of a ceasefire than a truce. While on one hand it puts European and other exporters to China at disadvantage, a sceptic may have reservations on whether China will buy as much as agreed. France’s recently introduced tech tax (the Google, Amazon, Facebook and Apple, or GAFA) tax, which imposes a 3% tax on revenue earned by digital services firms that meet certain revenue thresholds, is increasing tensions between the US and France.

Geopolitical developments – be it the South China Sea dispute, China’s ambitious Belt and Road Initiative (BRI), threats from North Korea, US sanctions on Iran or the US’s withdrawal from the Intermediate-Range Nuclear Forces Treaty (INF Treaty - a Cold War-era treaty signed by the US and the Soviet Union in 1987) – have kept markets fearful for the past several months.

As the BRI expands in scope, it is expected to impose a form of economic imperialism that gives China substantial leverage over other countries. There is, therefore, fear of a shift in the balance of power in favour of China, prompting other countries to take action. On the other hand, in November 2018, the US fully re-imposed its sanctions on Iran that had been lifted or waived under the Joint Comprehensive Plan of Action (JCPOA). In response, Iran is threatening to close the Strait of Hormuz, which could lead to substantial supply delays and higher shipping costs. Iran’s seizing of a British tanker, attacks on ships and shooting down of a US drone have only made matters worse.

Tension between US and Iran may have de-escalated after Iran’s retaliation to US’s action of killing their top military leader by launching more than a dozen ballistic missiles targeting US bases in Iraq, but it has brought back fears of a cross border war in people’s mind.

The trade war and a breakdown in international economic diplomacy could prompt businesses around the world to hold back on spending and sit on their money until the uncertainty passes. This may lead to further market declines and job losses, causing US consumers to be more cautious. The negative sentiment could lead to a wave of bankruptcies as highly leveraged corporates find it difficult to service their debt. Considering that little cushion is left to reduce interest rates further and the US’s sovereign debt is scaling record levels, Federal policy may prove ineffective to provide relief. Although there is a big “if” in the factors listed above, we believe the chances of a significant economic slowdown in 2020-21 are high. 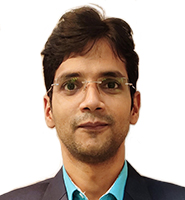 At Acuity Knowledge Partners, he is part of the Commercial Lending team, focusing on analysing companies in diverse sectors such as oil and gas, commercial and industrial, not-for-profit and business services. Amit holds a Post Graduate Diploma in Financial Management from Ishan Institute of Management & Technology, Greater Noida, and a B.Com from Gorakhpur University.