The Grand Indian Insurance Merger – How can you benefit?

Published on January 15, 2019 by Kartikeya Arora

Continued economic expansion, along with a sustained increase in household savings, has enabled the Indian non-life insurance industry to register double-digit growth in premiums over the last decade. Despite growing at a CAGR of ~15% between March 2008 to March 2018, public-sector general insurance companies have lost significant market share to private players, with the gross underwriting market share of public-sector general insurers declining to ~45% in FY18 from ~60% ten years ago. Regulatory reforms, such as the relaxing of restrictions on foreign ownership, along with the effective utilization of strong brands by private insurers have contributed to this decline in market share.

The combined ratio, a measure of profitability for public-sector general insurers, has been consistently above 100% for these companies, thereby indicating underwriting losses.

While there are significant operational hiccups that need to be managed, such as the standardization of IT platforms across the three companies, industry participants believe this merger will bring positive sector-level changes, with improved underwriting discipline, better risk profiling, higher solvency margins, and relatively stronger capital adequacy ratios.

Indian insurance firms raised around USD6.7bn through public issues in 2017. Regulatory support, such as the increase in the FDI Limit (changed to 49% from 24% in 2016), along with improvements in sector-specific operational and financial metrics, should put the Indian insurance space on investors’ radars and fuel further investments in the sector.

Our research analysts combine cross-domain expertise with data management to assist both, buy-side investment managers and sell-side investment banks in identifying significant investment opportunities with multiple tailwinds, such as the one that is currently emerging in the Indian general insurance domain. 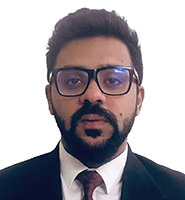 Kartikeya Arora has over 4 years of experience in research and advisory, financial modeling and report writing. During his two and a half year tenure at Acuity Knowledge Partners, Kartikeya has worked in both equity and credit domains, covering companies primarily located in North America and Asia. He is currently working with the Investment Research team tracking the Asian Insurance space.