With Sri Lanka successfully completing its 14th international sovereign bond (ISB) issuance on 28 June 2019 (3x oversubscribed), we take a look at how the country’s bond spreads (vs. US Treasury bonds of similar maturity) have evolved. While one may wonder about the timeliness of the latest issue, given heightened risk consequent to the Easter Sunday bombings, the urgency is most likely to negate the impact of an anticipated reduction in tourism-related fund flow following the attack, as well as to refinance maturing foreign debt.

Predictably, the spread of the 28 June 2019 issuance widened slightly (compared with the ISB issued on 14 March 2019). However, the 7.55% yield achieved can be considered a success against the challenging backdrop. What assisted this issuance is increased appetite for emerging market (EM) bonds by investors who are looking for yields in the context of a decreasing US Federal Reserve Board (Fed) rate forecast. Spreads are likely to shrink in the near to medium term, with most market participants expecting Fed rate cuts as early as July 2019, increasing fund flows to EMs. The main risks to this view are fiscal slippage and political uncertainty as we approach the next election cycle (the presidential election is likely to be in December 2019, followed by the general election in 2020).

Sri Lanka appeared to be geared for an unparalleled positive phase of economic growth following the end of the 30-year war, reflected in the lowest spread recorded at the 27 July 2011 issuance… The lowest spread of 291 bps on the issuance on 27 July 2011 reflected the most conducive investment environment in Sri Lanka, supported by positive economic momentum and investor sentiment following the end of its 30-year war. Positive rating actions followed, with the rating agencies upgrading the outlook of the country. Benign external borrowing conditions for EMs on the back of a low interest rate environment in the US also supported lower spreads. …However, momentum was short-lived, owing to sub-par fiscal performance, a rising external debt position, and lingering concerns on BOP, combined with monetary policy tightening in the US, driving spreads up…

The risk profile of Sri Lanka has taken a turn for the worse since 2011, evident in the rising trend in credit spreads on bond issuances, barring a few periods that saw temporary declines (June 2015, owing to reduced concerns on balance of payments (BOP) relative to 2012, and May 2017, owing to positive rating action and favorable external funding conditions). A number of factors influenced the rise in spreads, such as a BOP crisis and pressure on foreign currency reserves (2012), concerns on rising fiscal deficit (2015), increasing external debt, and unfavorable rating actions (1H 2016 and 4Q 2018). In addition, the impact on EM fund flows due to the monetary policy tightening cycle in the US (which began with the Fed announcement to taper the quantitative easing program in mid-2013, followed by the start of the Fed rate hikes in December 2015) has exerted upward pressure on the country’s spreads, except during 2017, when the pace of Fed rate hikes was scaled back, and in 2019 when, the Fed indicated a dovish policy stance.

In 1H 2016, all three rating agencies changed the rating outlook to Negative from Stable, while Fitch downgraded the rating to B+ from BB-, mainly owing to weaker fiscal and external balances and subdued economic growth. However, S&P and Fitch reversed the rating outlook to Stable in 2017, based on improving fiscal performance, policy credibility, and a reform drive. These positive developments were short-lived; in 4Q 2018, all three rating agencies downgraded the rating by one notch, driven by the impact of the political crisis (a surprise replacement of the prime minister in October 2018 by the president) on fiscal reforms, tightening financing conditions, refinancing risk, and pressure on foreign currency reserves. More recently, the terror attacks in April 2019 contributed toward rising country risk and spreads, despite a relatively better political environment in the country. …Nevertheless, spreads are likely to narrow in the near to medium term, benefiting primarily from increased investor appetite for high-yielding EMs.

With the Fed expected to reduce interest rates to circumvent a slowdown in the US economy, we expect more fund flows to EM countries, as investors look for higher yields. This is likely to drive Sri Lanka’s spreads down in the near to medium term. We, however, note the substantial risk to Sri Lanka’s credit profile due to the upcoming presidential and parliamentary elections expected in the latter part of 2019 and in 2020, respectively, which could derail ongoing fiscal consolidation efforts.

Note: Outlook changes have been reflected as a movement in the rating scale given its relevance to spread movements 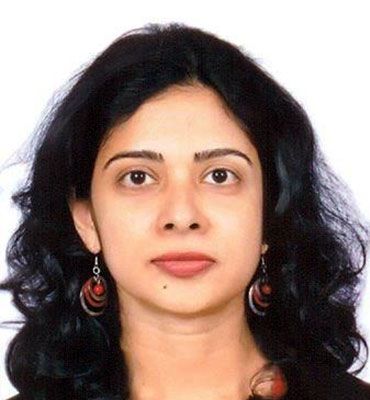