Published on December 3, 2018 by Aditya Jaiswal

This blog post is the second part of a two-part series on the lollapalooza effect. Please read the first part here.

Only three countries have economies of USD5tn: the US, Japan and China. Historically, when a country's GDP has grown from USD2tn to USD5tn, its stock market has generated phenomenal wealth for investors. Interestingly, India is an USD2.5tn economy at present. It reached the USD2tn mark in 2015; how much longer will it take to reach USD5tn?

The World Bank projects that India's GDP will grow 7.3% in 2018-19, and the Reserve Bank of India forecasts a growth rate of 7.4%. Taking 7.4% as the base rate, India would take at least nine years to reach USD5tn. The economy will likely expand rapidly over the next decade, and one can make phenomenal gains investing in sectors with multiple tailwinds, possibly leading to the formation of a lollapalooza effect. Under its ‘Blue Skies' policy of 2015, China has shut over 150,000 of its industrial facilities and chemical plants (either temporarily or permanently). This has generated significant opportunities for emerging markets such as India. One industry that is expected to benefit from this move is India’s active pharmaceutical ingredients (API) industry.

Since the API industry is also a major contributor to pollution, China has shut down thousands of API plants. Government data suggests there were 7,000-9,000 (drug and API) manufacturers in China in 2015. The number has fallen by 44% to 4,500 in 2018, indicating that most small API players are finding it difficult (if not unviable) to meet stricter regulations such as compulsory effluent treatment, pollution tax and relocation of factories to the industrial belt. Big Chinese API players are likely to face margin pressure due to the incremental costs that need to be incurred to meet new environmental standards. This puts India’s API industry (IAPI) in a favorable spot, especially as India imports about 80% of its API from China. Concerned about India’s drug security due to overdependence on China, the Indian government is planning to incentivize API manufacturing in India through the creation of mega parks for APIs, import substitution, preference in government procurements, and monetary incentives. Apart from substantial domestic demand (India’s pharmaceutical sector is expected to grow at the fastest pace globally over the next five years), the IAPI also has a significant export opportunity. Global MNCs looking to reduce their dependence on China are looking at India as an alternate hub for API manufacturing, especially as India is already a big player, with the second highest number of US FDA-approved manufacturing facilities outside the US.

However, just as India’s pharmaceutical sector imports API from China, IAPI imports key intermediates (raw materials for manufacturing API) from China. Therefore, the disruption in China has also led to an increase in input costs of IAPI manufacturers. Going ahead, the IAPI is expected to see more backward integration, reducing India’s dependence on China.

China's ‘Blue Skies' policy states that all large toxic chemical-producing plants must relocate to the industrial belt by the end of 2025 and that the relocation process must begin by 2020. This indicates that there is more pain to come for China’s big API players. However, it also provides a fairly long timeframe for IAPI players to establish themselves in the international market and to gradually tap the significant export opportunity afforded by China’s slowdown.

Understanding how the lollapalooza effect works can help us in not just safeguarding ourselves from succumbing to common misjudgments (as explained in the examples of flash sales of smartphones and the subprime mortgage crisis of 2007-08) but also to identify significant investment opportunities. Our research analysts work closely with our clients to identify new investment opportunities across the globe. With expertise in cross-domain research, our analysts leverage qualitative and quantitative data and technology platforms to screen opportunities with multiple tailwinds, in order to discover the next lollapalooza prospects.

2) INVESTEDUCO: Warren Buffett & Charlie Munger’s investment thesis in Coca-Cola that turned $1b into $10b, a 26% annualized return

5) T2 Partners LLC: An Overview of the Housing/Credit Crisis And Why There Is More Pain to Come

6) The Art of Thinking Clearly by Rolf Dobelli (Book)

7) Moats: The Competitive Advantages of Buffett and Munger Businesses by Bud Labitan (Book)

8) How India can become a $5 trillion economy (The Hindu) 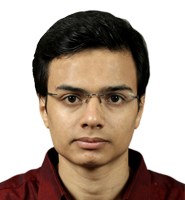 The Pope: ‘Tell me the secret of your genius. How have you created the statue of David, ....Read More

Imagine the year is 1942 and you are in the middle of World War II. As General of the Army....Read More