Published on October 8, 2018 by Rohit Agarwal

There is a lot of speculation around the current private equity market due to higher valuation of companies. Currently, the average purchase multiple is hovering over 11.0x EBITDA and the average debt is around 6.0x EBITDA.

One of the main factors that has skyrocketed valuations is the abundance of private equity (PE) capital. Investors are feeding over $500bn of new commitments per year in PE, in addition to the enormous pile of dry powder of $1.7 trillion as of December 2017. Moreover, lower-cost debt has further enhanced the accessibility of easy capital, which in turn is fueling market competition and thus company valuations.

Some of the key impacts of higher valuation on the PE market and its challenges are discussed below:

General Partners need to stringently look for deals that can generate competitive returns. In addition, investors need to be smarter and alert to prevent themselves from falling for cheaper but poor fund investments. 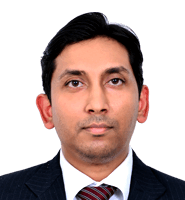 Prior to joining Acuity Knowledge Partners, Rohit has worked with Kotak Asset Management Company based in Delhi. He holds a Master of Business Administration (Finance) from Institute of Chartered Financial Analysts of India (ICFAI), Gurgaon.

To support the global move towards a greener future, lenders are increasingly seeking ways....Read More

4 Reasons IRR is the Most Preferred Metric fo

Private equity (PE) is one of the fastest growing and largest investment asset classes in ....Read More

Portfolio monitoring is an extremely critical task for general partners (GPs) during the l....Read More