Goodwill is one of the most subjective plug assets on the balance sheets of companies adopting a roll-up growth strategy. Goodwill impairments directly impact EPS and share prices. Given that there are many techniques of delaying or avoiding goodwill impairment, investors need to be extremely cautious of so-called management impairment tests.

In accounting, at acquisition, an asset named “goodwill” is recognised on any premium or overpayment against the fair value of the assets and liabilities acquired, while a gain/income named “negative goodwill”(or gain on bargain purchase) is recognised on any underpayment against the fair value of the assets and liabilities acquired. This in itself is contradictory and goes against the fundamental prudence principle. If the payment is less than the fair value of net assets, you have an income; so, if you pay more, should you not have an expense? The recognition of goodwill as an asset instead of as an expense is based on the presumption that it will supposedly bring in additional economic benefits. So, if a payment more than the fair value is justified as a goodwill asset, should not a payment less than the fair value result in a liability? Even though instances in which negative goodwill arises are rare, the accounting standard requires that before recognising a gain on a bargain purchase, it has to be reassessed whether all assets and liabilities have been correctly recognised. However, if a company is able to recognise such a gain, would it really act so uprightly as to reassess it? Our view is that if a company is being sold cheap (i.e., at less than the fair value of its net assets), we need to be realistic in understanding that unless it was a forced sale, there will always be a catch. The chances are that some liability is likely to have been left off-balance-sheet or the fair values of assets are unrealistic.

General Electric took a substantial goodwill-impairment hit of USD22.1bnin 2018, most of which related to its Alstom acquisition. When General Electric acquired Alstom in 2015, it recognised preliminary goodwill of USD13.5bn and revised it upwards to USD17.3bn a year later on the premise of significant cost and growth synergies. With increased M&A activity, US companies added USD386bn of goodwill to their balance sheets and had USD78.9bn of goodwill impairments in 2018 (of which USD22.1bn related to General Electric),according to the 2019 US Goodwill Impairment Study (2019 Study) by Duff & Phelps released on 3 December 2019. The report highlights that goodwill impairments have steadily increased over the years. Increasing goodwill impairments highlight the subjectivity around this fallacy asset.

It is our job to point out acquisitions that are performing below expectations and the possible impairment of intangibles and goodwill that may be hidden within the accounting rules in the forensic analysis due diligence work we undertake for asset managers. We have a team of analysts with specialist accounting skills supporting asset managers in conducting quality-of-earnings reviews with a focus on potential financial manipulations. We also conduct reviews and assessments of revenue recognition and other accounting policies. 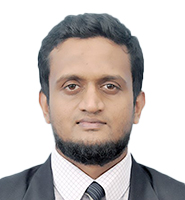 Fawas has been a part of the Acuity Forensic Analysis team for 8 years, and has 13 years of total work experience. He is knowledgeable in forensic analysis, investment research (with focus on quality of earnings), and auditing, and is well versed on corporate governance best practices and the UK combined code. Currently at Acuity he works as Senior Forensic Analyst engaged in preparing and supervising accounting diagnostic reports and their updates, supervising forensic-lite reviews, and providing forensic accounting support for clients looking to short stocks. Fawas started his career at Ernst and Young, where he was Executive in charge of statutory audits at the time of leaving. He is an Associate member of CA Sri Lanka, an Associate member of ACCA (UK), an Associate member of CIMA (UK) and has completed level II of the CFA examination. 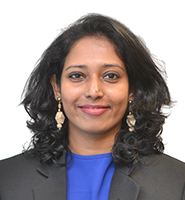 Thanusha has been a part of Acuity Knowledge Partners’ (Acuity’s) Forensic Analysis team for close to 10 years and has 15 years of total work experience. She currently supports a Europe-based asset manager, providing forensic support and conducting quality-control checks of team members’ contributions to accounting diagnostic reports prepared for entities in different sectors, including banks, NBFIs and insurance, energy, automotive and technology companies. Prior to joining Acuity, she worked as an Assistant Manager at the Department of Professional Practice (DPP) at KPMG, where she was engaged in IFRS-related advisory services and IFRS conversion projects. During her tenure at KPMG, she also worked at the Tax and Regulatory Division and the Auditing Division, where she was exposed to a number of sectors, including banking and finance, insurance, manufacturing and trading, and logistics. She holds a master’s in Business Administration from the Postgraduate Institute of Management (affiliated to Sri Jayawardenepura University). She is also an Associate Member of the Institute of Chartered Accountants of Sri Lanka and a CFA Charterholder.