Few events can boast of altering the global macroeconomic landscape the way a price change in crude can. Unlike the stock market, where stock prices oscillate owing to company earnings, government policies, the performance of the general economy, etc., oil prices are driven by primarily market forces (supply and demand) and market sentiment on oil futures.

Apart from this, OPEC, an intergovernmental organization, also plays a vital role in influencing oil prices. OPEC controls around 82% of global crude oil reserves and 40% of the world’s oil supply. This means that if all OPEC members reduce production significantly, oil prices can rise and vice versa. Knowing this, the recent oil crisis needs to be looked at closely. The crisis surprised everyone as it was not just OPEC that led to the crisis. Developments in world economy and methods of extraction itself were some key factors.

This millennium, barring the financial crisis, saw an uptrend in oil prices until the oil crisis struck in 2014. Prices remained high, as demand in emerging economies (which heavily import oil) kept increasing. Eventually, the demand in these markets (including India and China) slid, as their growth stabilized. Additionally, non-OPEC countries (including the US and Canada), incentivized by high oil prices, began extracting oil themselves from shale formations using a process known as fracking. This led to a higher supply. OPEC member Saudi Arabia – the largest producer of oil – faced new competition from shale oil.

Russia, whose economy was heavily dependent on oil, was hurt badly, with the ruble dropping to record lows. Besides, several shale oil companies in North America shut shops, owing to lack of profits.

Venezuela was, undoubtedly, the worst affected. The country relies heavily on oil exports but, unlike its Latin American counterparts, was unable to hedge its position, given the domestic political turmoil. The country had spent almost all of the money from the decade-long oil boom and ended up heavily indebted.

Finally, oil prices stabilized after the OPEC agreed to curb production. In November 2017, the OPEC and some non-OPEC countries, including Russia, reached an agreement to restrict output until end-2018. This deal has proved successful so far, as it has supported an oil price rally.

With the OPEC deal expiring this year, it would be interesting to see how oil prices pan out post-2018. Naturally, it is in the best interest of all oil-producing economies to keep oil prices high. However, there is added pressure from environmentalists to minimize oil production to avoid the depletion of energy resources and shun fracking, which can have a major environmental impact. With the production cut deal in place, oil prices look finely balanced. It is safe to say prices are unlikely to move southward this year. But analysts are divided over the future of oil and oil price direction after the yearend. Oil producers face threat from US shale companies, which have shown no signs of scaling down operations. The US is not a part of the deal with the OPEC and, hence, is under no obligation to control output. Data show that by the end of 2018, the US may overtake Saudi Arabia as the largest oil producer in the world, a title Saudi Arabia may not be happy to relinquish, not to mention its reluctance to lower throughout in the past . While the deal is a good price stabilizer temporarily, it remains to be seen whether OPEC and Russia would renew or extend the deal after the end of the year, especially if the US is unwilling to participate in production cuts.

This gives us reason to believe oil prices will likely contract after the end of 2018. It is not clear currently if OPEC will be able to rescue oil prices again, and even if they do, it may not be enough to foil another oil crisis.

Within the asset management industry, energy funds suffered huge losses in 2014-2016, with annual returns of all major oil funds falling more than 20%. However, with the reversal in the fortunes of oil prices, energy funds are in demand again. With asset management analysts split on the direction of oil prices, 2018 will be watched closely as fund managers place their long or short bets on oil.

Report by the International Energy Agency (IEA) in Fortune (http://fortune.com/2018/01/19/us-saudi-arabia-russia-largest-oil-producer-2018/) 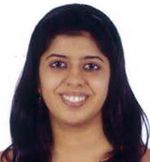 The complex nature of oil politics has been articulated in a simple and lucid language. Well done!

Well researched, analysed and documented. Yes! oil production will have to limited so that oil can be conserved. It is quite possible that US could be the top oil producer in the world in future pushing Saudi Arabia to spot 2. Bets on oil by fund managers will be on high tide.