Published on March 17, 2020 by Mrutyunjay Panigrahi

The crude oil industry has seen boom and bust cycles over the past decade, affecting supply, and demand due to economic growth. The investment cycle peaked from 2011 to mid-2014, when oil was USD100+ per barrel (/bbl), and bottomed out after the price crash and extended oil downturn from mid-2014 to 2017. The major factors that weighed on the global oil and gas markets during these periods include the following:

The global oil market was roughly balanced in 2019 as global oil supply declined slightly and global oil consumption grew at its slowest pace since 2011. Despite the deeper production cut by the Organization of the Petroleum Exporting Countries (OPEC) in the latter part of 2019, Brent crude oil averaged USD64/bbl during the year, down from USD71/bbl in 2018.

The industry started 2020 on a dramatic note, with prices spiking immediately after the US drone strike that killed Iranian General Qassem Soleimani on 3 January 2020. The killing triggered fear that large-scale unrest could return to the Middle East and threaten the region’s oil supply. Despite the initial shock, the impact of Soleimani’s death on the oil market was short-lived, with Brent crude oil settling at just under USD66.58/bbl by 9 January 2020.

The issues in the Middle East were amid the ongoing trade dispute between the US and China that has resulted in fluctuating oil prices in recent months. The outlook for oil prices was buoyed in late December 2019, when it appeared that the nations were on the verge of reaching an agreement that would boost global economic growth forecasts and oil demand. However, when the “phase one” trade deal was reached in mid-January 2020, oil prices did not show much movement as the US maintained its status quo on most of its tariffs.

The price decline accelerated in late January on concerns around economic growth due to the novel coronavirus (COVID-19) outbreak in China. Furthermore, on 6 March 2020, the OPEC+ group failed to reach an agreement to extend production restraint beyond March 2020. In response, on 8 March 2020, Saudi Arabia announced a steep USD4-8/bbl reduction in official selling prices (OSPs) in April. These cuts are seen as the start of a price war. The Brent crude oil price settled at USD34.36/bbl on 9 March 2020, declining by USD16.93/bbl or 33% from 5 March 2020. The US Energy Information Administration (EIA) forecasts that Brent prices will average USD43/bbl in 2020, down from a forecast USD65/bbl in January.

The EIA forecast on 11 March 2020 that global demand for liquid fuel would average 101.1m barrels per day (mmbbl/d) in 2020, 0.4mmbbl/d more than the 2019 average. However, the latest estimate is 0.9mmbbl/d less than previously forecast in January 2020. Global supply of petroleum and liquid fuels is forecast to rise by 1.5mmbbl/d to 102.1mmbbl/d in 2020, building inventories by 1.0mmbbl/d for the year. Several recent developments have contributed to significant revisions in the EIA’s outlook for global oil demand and supply:

Most of the reduction in demand is from China. The EIA estimates that COVID-19 will reduce China’s total demand for petroleum and liquid fuels by 0.2mmbbl/d, on average, in 2020, driven by the following factors:

Refiners will get a boost from IMO regulations in 2020

The new International Maritime Organization (IMO) regulations enforced on 1 January will likely see increased demand for higher-quality and higher-value oil products, boosting crack spreads for middle distillates and raising the premium for lighter, sweeter crude. This year will likely be a bumper year for refining earnings. Refiners with scale and complexity, such as Chevron and ExxonMobil, should see the biggest uplift in earnings.

This is likely to be another year of incremental evolution of zero-carbon energy for oil and gas companies. The European majors are ahead of their US counterparts, with some of them setting very ambitious targets.

Over the past decade, oil majors have increased their exposure to renewable energy such as wind and solar as they have looked to transition towards cleaner energy sources. Some notable acquisitions include the following:

Despite growth in renewables, oil majors spent only 1% of their combined budgets on green energy schemes in 2018.

2019 saw the lowest levels of upstream M&A in almost two decades. However, the deal volumes are likely to rebound this year, driven by stronger capital discipline and overall negative market sentiment amid longer-term demand uncertainty.

We believe COVID-19 will have a deep impact on how we do business around the world. Oil industry will need to be more focused to adapt to this new normal of business as they rethink their strategy for 2020.

Acuity Knowledge Partners can help you navigate through these challenging times.

To help our clients navigate both the people and business impact of COVID-19, we have created a dedicated hub containing a variety of topics including our latest thinking, thought leadership content and action oriented guides and best practices. 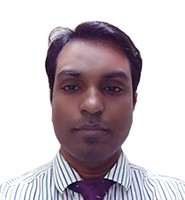 Black-swan events, including the US sanctions on Iran and Venezuela, geopolitical tension ....Read More