One of the most awaited climate change summits in recent times – the 2021 United Nations Climate Change Conference (or COP26) – began on 31 October in Glasgow and ended on 12 November. The event witnessed leaders across the world discuss and pledge initiatives in all areas of climate change and sustainability: renewable power, coal phase-out, climate action financing and carbon markets, to name a few.

In this blog, we look at the key highlights of COP26, categorised into three initiatives – emission reduction, climate financing and carbon offsetting – and discuss our views on what these initiatives mean for the world.

home to c.85% of the world’s forests, pledged to end deforestation by 20302. These countries include Brazil, China, Colombia, Congo, Indonesia, Russia and the US, all boasting massive forest cover. 28 countries also pledged to end deforestation caused by the trade of agricultural products such as palm oil, soya and cocoa. The pledge includes c.USD19bn in public and private funds, which will likely be used to restore damaged forest cover, prevent wildfires and support indigenous communities. Around 30 financial companies, including Aviva, Schroders and Axa, have pledged to end deforestation-linked investments. In addition, a c.USD1.2bn fund will be established to protect the Congo Basin – the second-largest tropical rainforest in the world.

The accelerating pace towards carbon neutrality puts several businesses at risk but also presents ample opportunities to lucratively transition to a low-carbon business model. Acuity Knowledge Partners supports in developing pathways towards carbon neutrality and helps identify potential opportunities in carbon and clean-energy markets through our strategic support and advisory services. We offer our expertise in carbon trading mechanisms and clean-energy markets, along with in-depth market research capabilities across the energy value chain, helping some of the biggest companies in the world transition towards sustainability and carbon neutral operations.

3India Commits to Net-Zero Emissions by 2070 – The Diplomat

7COP 26: How much are poor countries getting to fight climate change? - BBC News

8What the passage of Article 6 means for carbon markets | Greenbiz 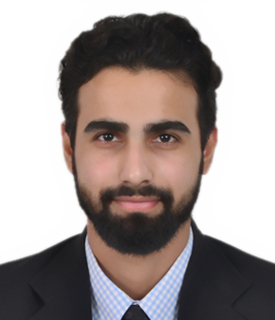 Keshav Ahuja is part of the Private Equity and Consulting team at Acuity Knowledge Partners, Gurgaon. He has over 8 years of experience working across the energy sectors in multiple business intelligence, corporate strategy and consulting roles. He is currently supporting clients in formulating decarbonization strategies to enable businesses to transition towards sustainability and carbon neutrality. Prior to joining Acuity Knowledge Partners, Keshav has worked with an Oil and Gas Supermajor and a clean-tech venture capital firm.

“Net zero” refers to a situation where greenhouse gases (GHGs) discharged into the atm....Read More

The role of banking in transitioning to a sustai....

SFC’s conclusions on the consultation on clima....

In August 2021, the Securities and Futures Commission (SFC) issued amendments to the Fund ....Read More