Banks in the UK are likely to face mixed economic consequences from Brexit. Although the implication during the referendum was that problems would take care of themselves, we do not think that will happen.

London is one of the largest financial centers globally, contributing c.22% of the UK’s GDP. It is also the world’s leading location for foreign currency trading, accounting for more than 40% of global foreign currency trades. However, the EU plays an important role in providing financial services to the UK, with c.40% of the zone’s exports to the UK. An Ernst & Young survey found that 34% of 222 companies are considering migrating their operations following Brexit.

Losing access to the single market is the primary challenge. The performance of the UK’s financial sector is significant to the economy, as it contributes c.6.5% of the UK’s economic output and comprises the world’s fourth-largest banking sector and the world’s third-largest insurance sector. Once its passporting rights* are revoked following Brexit, all avenues available for cross-border sales of financial products will be shut. The impact will be most severe on the syndicated loan market, with lenders such as banks seeking solutions in terms of flexibility. They will likely book loans in other locations to offset possible losses. Banks would encounter problems in an operational context where their agency functions are concerned. As corporate loans are still an unregulated product in the UK, the absence of passporting rights would disqualify UK banks from granting such loans and receiving collateral. This is a critical issue where EU blue-chip companies that have multi-billion-euro loans are concerned. These loans are drawn by multiple subsidiaries (located in different continents) that are able to repay the loans. Following Brexit, such loans would have to be booked at a single market entity, rather than at the British hub.

To resolve this issue, the Loan Market Association has provided a temporary solution to lenders, by introducing a Designated Entity clause. This would help banks and their affiliates to manage capital while changing their lending agreements. However, the banks would be booking business through divisions that were not previously exposed to large outflows. In order to do this, banks seem to be maintaining strong capital positions, as evidenced by the BOE’s* 2018 stress test of the UK’s seven largest lenders. Their average CET1* ratio of 9.2%, prior to the conversion of AT1* instruments to equity, was well above the minimum threshold of 7.8%. However, banks with higher exposure to consumer credit are likely to be adversely affected in a stressed scenario.

At present, Backstop plan* is the biggest concern surrounding the Brexit deal, since the EU wants Northern Ireland in its customs union. We see the creation of a UK-EU customs union as a binding of Britain with the bloc in perpetuity. The UK’s parliament has now granted a second chance for Brexit (for a softer Brexit deal), although Brussels has ruled out making changes to the Backstop plan, claiming it as the only operational solution to prevent a hard border in Ireland. With such an undecided path, there looms the possibility of the delaying of Article 50* of the EU treaty and the calling of a second referendum to find a way to negotiate a softer exit. However, despite striking a deal, Amsterdam is winning business deals as it’s foreseen as the post-Brexit trading hub. With the necessity to conduct more business in the continent, around 50 financial firms have applied for licenses to operate in the Netherlands since the Brexit vote.

Therefore, as a prudent approach, banks need to carry out calm analyses, keeping a close eye on developments and plan for a no-deal Brexit. The no-deal Brexit scenario would be severe, as most banks have not made preparations for a Brexit without a transition period. As a no-deal Brexit would cause a sharp supply shock to the economy, demand for goods would exceed supply, pushing the inflation rate up. Banks will then be forced to raise interest rates to maintain the remit set by parliament to maintain a lower inflation rate.

Brexit will likely have an impact on banks’ cost-to-income ratios, at least in the short term. It is imperative that banks consider a managed services model to drive efficiencies and foster revenue growth.

*Backstop Plan – A plan that avoids a hard border between Northern Ireland and the Republic of Ireland. It will ensure no “tariffs, quotas, rules of origin, or customs processes” would be applied to UK-EU trade. 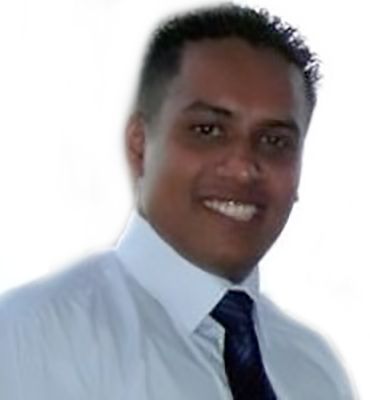 He has over 10 years of work experience, handling portfolios with customers in various sectors, in the field of commercial lending both locally and internationally. This includes relationship management, loan structuring, credit evaluation, and risk management.