Published on March 10, 2021 by Dhulipudi Sumanth

A number of cryptocurrencies have emerged in recent years. A cryptocurrency is a digital currency used as a medium of exchange. It uses blockchain, a decentralised technology (database) that does not store data in a central location but copies and spreads it across a network of computers. The data is stored in the form of blocks chained to other blocks in chronological order.

Bitcoin, the world’s most popular cryptocurrency, uses peer-to-peer technology and facilitates instant payments. Bitcoin has rallied spectacularly recently. Its price has more than doubled in just 30 days and quadrupled in a year, taking its total market value to over USD1tn.

The success of Bitcoin has triggered the launch of hundreds of other cryptocurrencies – together (except Bitcoin) known as altcoins. The combined value of the 6,223 cryptocurrencies is around USD1.5tn. Prominent cryptocurrencies include Ethereum (ETH), Litecoin (LTC), Ripple (XRP), Bitcoin Cash (BCH), Tether (USDT) and Dogecoin (DOGE).

Many large corporations have shown interest in Bitcoin recently; they have invested or are trying to invest in the cryptocurrency, or have accepted it as a mode of payment, resulting in significant demand for Bitcoin. As a result, the price of Bitcoin has reached an all-time high; it was trading at USD58,000 as of 22 February 2020.

Additionally, many corporates and financial institutions are trading gold for Bitcoin, boosting investor sentiment. Corporates such as MicroStrategy and MassMutual have invested USD475m and USD100m, respectively, in Bitcoin.

Tesla recently announced the purchase of USD1.5bn worth of Bitcoins. It also announced that it will start accepting Bitcoin as a mode of payment.

Facts that investors should know about bitcoin:

Bitcoin is a risky investment, as its price is highly volatile and unpredictable.

As indicated in the chart above, Bitcoin rallied from USD4,000 to USD20,000 in just four to five months in 2017, and then plunged back to the USD4,000-5,000 range within a short period of time. This rally was not backed by fundamentals but was entirely a result of speculative trades. In late-2020, Bitcoin started its sharp rally again, and by early 2021, it had soared to USD40,000. This was followed by a quick correction to USD30,000. However, it has since shot up to over USD50,000; recently, Bitcoin reached a milestone of USD58,000. This sudden correction and rally are indicative of Bitcoin’s high volatility. The chart above compares Bitcoin with other asset classes, such as commodities (gold) and equity (Tesla), proving that Bitcoin is highly volatile compared to the other two asset classes. Historically, Bitcoin reported volatility between 30% and 140% in 2017; currently, it is around 80%. This is much higher than gold’s 60-day volatility of 20-30%. Bitcoin’s volatility is also higher than Tesla’s, which is considered a highly volatile stock and has a five-year beta of 2.09.

However, experts believe Bitcoin’s rally can be seen with huge demand for tokens that are limited in the market, and 2020 experienced less volatility than in 2017 (see chart below). Furthermore, big investors and corporations believe Bitcoin can be developed into a mainstream asset class, and are, therefore, investing in it. For instance, Tesla has invested around USD1.5bn, US-based technology firm MicroStrategy plans to invest USD600m, BNY Mellon plans to issue, hold and transfer its clients’ Bitcoin holdings and BlackRock has authorised two funds to invest in Bitcoin futures.

Scott Minerd, chief investment officer at Guggenheim Investments, believes Bitcoin has many attributes of gold but unusual value in terms of transactions.

1. Liquidity: Bitcoin is one of the most liquid assets globally, as it can be traded for cash and gold

2. Lower inflation rate: Bitcoin is immune to inflation, as it is not regulated by a single government

3. Minimalistic trading: Trading of Bitcoin is minimalistic (i.e., users can buy or sell Bitcoin from exchanges by just using the wallet, and transactions are also instant)

1. Highly volatile: Bitcoin is a highly volatile asset, and one should assess their risk appetite before investing in it

2. Vulnerable to online fraud/hacking: Hacking is a big threat to Bitcoin investors, as Bitcoins are held on exchanges not insured by the Federal Deposit Insurance Corporation or the Securities Investor Protection Corporation

3. Unregulated market: The crypto market currently does not comply with major regulations. It is not taxed or governed and, as a result, is highly exposed to fraud and malpractice

4. Fear of loss: If a user’s hard drive containing their wallet details crashes or gets corrupted, they will lose the Bitcoins in the wallet

Bitcoin may have a bright future. However, investors should assess their risk appetite before investing in cryptocurrencies, especially in Bitcoin. They should carefully determine the pros and cons of Bitcoin before investing and compare it with other asset classes.

In the early days of Bitcoin, only speculators used it for trading. However, Bitcoin has now gained global recognition. Many multi-millionaire corporations are accepting Bitcoin as legal tender, with a few investment firms also investing in it.

Experts have suggested investing in Bitcoin through SIP instead of investing a lump sum, to curb its volatility. The Toronto Stock Exchange recently launched a Bitcoin ETF, BTTC – the first cryptocurrency fund (Bitcoin) in North America. 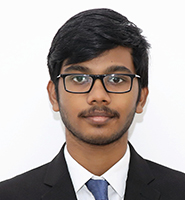 Dhulipudi Sumanth has over a year of experience in Investment Banking. Currently supports the healthcare and technology team for the U.S. based mid-market investment bank. He holds Post Graduate Diploma In Management (Finance & Data Analytics) from Kirloskar Institute of Management Studies (KIAMS) and Bachelor of Commerce from Acharya Nagarjuna University.

Metaverse is a digital space where individuals can interact with one another. It’s a com....Read More