ABS are bonds or notes backed by financial assets. Typically, these assets consist of receivables other than mortgages such as auto loans, credit card receivables, student loans, and home equity contracts. Just as the ABS market has grown, so also have complexities related to ABS. ABS are considered the most exotic investment options, as new types of underlying assets are emerging regularly.

Until 1997, ABS were limited to traditional collaterals such as home equity, credit card receivables, student loans, and aircraft and equipment leases. Asset Backed Securitization market makers have always been hunting for new types of assets with high-yield potential. Nobody would have thought that even intangible assets, including royalties and intellectual properties, could be used as collateral for ABS. The first issuance of bonds backed by future royalty payments concerned all pre-1990 songs of David Bowie (named Bowie Bonds), which soon became very popular among investors, especially insurance companies, which bought these bonds and held them until maturity (lasting 10 years). The total size of the issuance, rated Aaa by Moody's Analytics, was USD55m.

Encouraged by the overwhelming response to nontraditional or unconventional ABS, Solar City – a subsidiary of Tesla Motors – introduced a new product in 2014, called Solar ABS. Solar projects are assets providing a relatively stable income over their life. In 2017, the combined ABS solar loans, leases, and power purchase agreements crossed USD1bn.

Nobody can stop ABS market makers from introducing new exotic and unconventional ABS. The most recent trend in the asset backed securitization space is that these securities are being tied to more exotic assets including entertainment-related, mutual fund fees, health-care receivables, tobacco settlements, catastrophic risks, and even the construction of sports facilities. Looking at these nontraditional and unconventional ABS, we should not be surprised if someone comes up with an ABS backed by copyright and income from the distribution of big-banner movies.

E-book - The Demise of Finance-dominated Capitalism 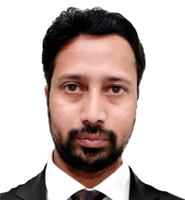 How true are PE Performance Valuation?....

Private equity (PE) is a niche segment of the financial services sector. Due to the increa....Read More

International trade has grown significantly since the start of the pandemic in March 2020 ....Read More

The World Health Organization (WHO) published the news about the COVID-19 outbreak on 5 Ja....Read More