Will India dominate the next century?

Published on December 1, 2022 by Vaibhav Methi

What has evoked such upbeat sentiment in India’s favour? This blog delves into myriad factors that have contributed to this context.

Aadhar – the unique identification of citizens – has been a game changer. Not only does it provide a scientifically backed ID proof to citizens that is universally acceptable, but also serves as a fulcrum around which many social programmes of the government revolve. For instance, Aadhar has helped provide banking to the unbanked, disburse social security scheme benefits and, most recently, vaccinate the nation’s eligible population in a short span.

The nation has taken another big leap in the digital payment space. UPI (unified payment interface) has spearheaded this movement, enabling money transfers at the click of a button on smartphones. Making and receiving payments through the sender’s and the recipient’s phone numbers, linked to Aadhar-based e-KYC-enabled bank accounts, is a first in the world transcending even the developed nations in digital payments.

In the last 5-6 years, some developments enabled by mobile and internet connectivity have catapulted India to a higher league. The integration of smartphones with high-speed data has enhanced the power of the rural and semi-urban population to epic proportions. The mobile phone has been a great leveller, providing insights to people in the hinterlands and equipping them with information on developments and events occurring not only in large cities in India but also worldwide. Moreover, video calls and the vast cellular connectivity network have meant a large number of mobile-friendly residents are fully connected.

The amount of data being consumed by Indians has grown manifold recently and it clearly points to the radical shift in the connectivity and consumption of information by the country’s populace.

The coming of age of the start-up ecosystem in India has transformed multiple facets of the country and will likely be the biggest enabler of a resurgent India that will emerge on the global stage. Start-ups, which have mushroomed at a breakneck speed, are trying to solve not only local but also global problems. Quite a few start-ups have already scaled and attracted global funds. Unicorns and soonicorns are being created at an unprecedented pace. 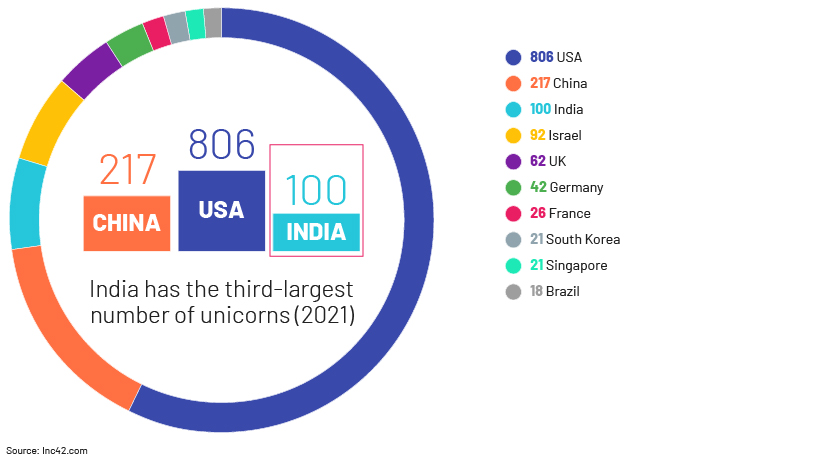 While the home-grown start-ups are predominantly solving domestic problems, they will likely impact on a global scale. Fintech start-ups are a case in point, wowing the world with their technologies and execution. Similar innovation is expected in the education and healthcare sectors, among others, improving the efficiency and impact of these services.

The term demographic dividend has been used so liberally it has almost become cliché. Nonetheless, it continues to be and will likely be the most critical factor differentiating India from the rest of the world. Currently, India has the highest percentage of youth population, as well as in absolute number.

India produces by far the largest pool of personnel with good technical skills who are trainable and have good linguistic capabilities. It is for this reason India is being touted as the human resource capital of the world. The footprint of this huge workforce is evident not only in domestic markets but also internationally. Not only Indians form a substantial percentage of the workforce across major corporations globally, but also the world’s biggest and most reputed companies are helmed by Indian Origin CEOs.

Increasingly, the world is leaning on India for all its human resource needs. The pandemic has accelerated the adoption of remote working and virtual teams, and India’s technological and digital infrastructure has ensured a smooth transition from the traditional work-from-office practice. This means adequate human resources are available to power every sector and domain and will tilt the balance towards a service-based economy which will accelerate the growth of India’s economic might.

Most developed nations generate the majority (c.70%) of their GDP from the services sector – the segment that will likely steer India’s growth.

The massive scale of the domestic market will also likely put India head and shoulders above the world. The resilience of its economy was on display recently when it emerged strongly following the initial hiccups as the COVID-19 pandemic spread far and wide. India will likely propel the world economy given its sheer size and the demographic advantage it enjoys.

As global firms increasingly face the heat from attrition, stunted growth and transformation, Acuity Knowledge Partners has come forward to help them tackle these challenges.

Acuity Knowledge Partners helps organisations globally adapt to the new normal and meet their needs of highly skilled human resources with niche skill sets. Our large teams serve as an extension of our global client teams and work as an integrated unit. Our people have diverse skill sets and are periodically trained through the company’s rigorous learning and development programmes to ensure market readiness. 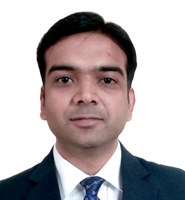 Vaibhav Methi has 17+ years of experience in the financial services sector with exposure into corporate strategy, research, advisory, and corporate development. He has extensive experience in cultivating client relationships, account management, team supervision and business development. Vaibhav has handled multiple engagements across the spectrum from bulge bracket investment banks to PE giants and consulting firms and also supported CEO’s office.

In my last blog, Consulting industry – Trends and challenges, I discussed the transiti....Read More

The management consulting industry is undergoing a transitionary phase. Although it has....Read More