Published on February 21, 2019 by Supratik Shankar

Although the movie Gravity dramatizes the mishaps space debris can cause during a space expedition, debris does pose an imminent threat in the Lower-Earth Orbit (LEO) – the region between 160kms and 2,000kms above the Earth. The LEO plays a significant role in space exploration, as it houses over half the satellites that are orbiting the earth, including the International Space Station and Hubble Space Telescope, among others. Surprisingly, the LEO is in the process of becoming a cosmic scrapyard as more satellites continue to be deployed without proper end-of-life disposal procedures. A case in point is the upper stage of an inoperative rocket, which is susceptible to explosions due to the unused fuel it carries. In addition to upper stages of rockets, debris resulting from the launch of an anti-satellite missile by China in 2007 and the satellite collision (Iridium 33 and Kosmos-2251) in 2009 could be equally threatening.

Today, there are space objects weighing over 8,400 tons orbiting the earth. Of these, 34,000 objects are over 10cm long, with 900,000 objects in the 1cm-10cm range and 128 million objects in the 1mm-1 cm range, according to the European Space Agency. Just over a third of all the satellites in orbit (c.5,000 in January 2019) are actually functioning, and more than 90% of the objects tracked by Space Surveillance Networks are space zombies, which are prone to random collisions, thereby leading to a chain reaction (Kessler Syndrome). Travelling at 28,000km/h, even small shrapnel could kill an astronaut or do enough damage to de-orbit a satellite. As shown below, the largest contributors are payload- and rocket-fragmentation debris, which require immediate attention.

Over the next five years, the problem will get trickier to resolve, as satellite launches are set to grow manifold, mainly due to miniaturization (mass production at reduced costs). The data provided by these satellites will help further expand the scope of scientific research and GPS capabilities. However, the satellites are susceptible to rapid orbital decay and lowered transmitter-output capabilities, which will inherently increase the possibility of accidental collisions.

We ascertain that two developments have taken place in term of investments – the number of space investors has grown, and the prominence of Venture Capitalists (VC) has risen. This is largely because the risk-reward matrix has turned favorable on the back of cost rationalization, owing to satellite miniaturization. Furthermore, the proportion of VC deals in Series-B rounds has surpassed that of seed investments, which used to dominate previously, indicating that investors are willing to pay higher prices for businesses that have achieved the set operational milestones. The business of removing and monitoring space debris is a niche investment theme unlike the other sub-sets of space related investments such as satellites, communications, testing platforms, launch assists, software, materials and components. We expect a focus on various strategies to safeguard satellites as their number grows. Consequently, new investment opportunities – such as data gathering and monitoring of moving scrap, extending the life of satellites which will aid their appropriate disposal, reviving dead satellites before de-orbiting, and deploying laser cannons in the ISS – will likely emerge.

In terms of deal activity, Astroscale, which is a market-leader among space-debris removal services, has raised USD178m and closed its Series-D funding last year. The company was also named Japan’s “Start-up of the Year 2019” by Forbes. It is interesting to see that Japan’s Innovation Network Corporation is on investors’ list – it is an alternative way of investing PPP funds. Another startup, Effective Space, signed a USD100m deal with a large communications satellite operator and has raised USD15m so far through two financing rounds and will complete its third round soon. The start-up plans to refuel communication satellites by sending drones, hence allowing satellites to orbit correctly for another four to five years.

Yet another noticeable deal was the acquisition of SSL by US-based MAXAR Technologies for USD875m in 2012. SSL is an integrated space-technology company that is in the process of building capabilities to foray into repairing and refueling satellites. Similarly, Northrop Grumman’s acquisition of SSL’s competitor, Orbital ATK, in 2017 is an interesting move. The deal closed at a whopping transaction value of USD9.2bn (EV/Sales: 2.0x and EV/EBITDA: 15.1x). Orbital ATK provides commercial satellite servicing through a Mission Extension Vehicle™ (MEV). Likewise, while Lockheed Martin has launched Space Fence, a project that forays into scanning space debris, Airbus is developing a servicing vehicle to repair, monitor and refuel satellites through two European Space Agency programs, CleanSat and eDeorbit. This implies that large A&D companies are keen to grab a piece of the investment opportunity pertaining to space debris. 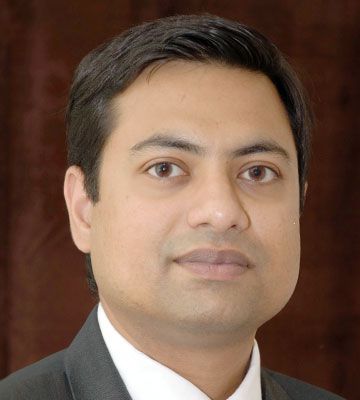 Supratik holds a Postgraduate Diploma in Finance from SDM Institute for Management Development, India, and a Bachelor of Technology (Electrical) from West Bengal University of Technology, India.

We see a growing prominence of environmental, social, and governance (ESG) in investment m....Read More