Union Budget 2020: A below par budget amid slowdown

Published on February 5, 2020 by Isha Vyas and Pratik Bhagat

After a strong 2017 and 2018, growth in all consumer-facing sectors started decelerating, offering early signs of slowing economic growth in India. Not surprisingly, gross domestic product (GDP) growth is expected to be c.5% for the year ending March 31, the slowest since the financial crisis. If ever there was an opportune time to present a budget that responded strongly to a slowdown and revive the market's animal spirits, drive consumption and implement the much-awaited land and labour reforms, it was this.

Unfortunately, the budget failed to live up to the occasion. Result: the benchmark BSE Sensex declined c.1,000 points (or ca.3%), while the Indian Rupee weakened 0.34%.

The government has invoked the escape clause, which is part of the Financial Responsibility and Budget Management Act (FRBM), to report a fiscal deficit that is wider than the original target. As such, the government has revised its fiscal deficit targets for FY20 and FY21 to 3.8% and 3.5%, respectively. This is a rather confusing move given the present slowdown would have been tackled better with a fiscal stimulus. If anything, it does reduce the risk of a rating downgrade.

Furthermore, expectations that the government will announce measures to spur private consumption (56% of GDP as of end-Q2 FY20) were not met. The new personal tax structure does not deliver a higher disposable income in the hands of consumers. Alternatively, it creates a dual tax system (which, ideally, might get converged to form a single tax system going forward) and neither does it provide incentives to widen the tax base nor for higher-bracket tax payers to shift towards the new tax code.

However, there are some positives that came out of the budget: the government’s decision to gradually open up the corporate bond sector (by raising the FPI limit to 15% from 9%); proposal to formulate a new legislation covering financial contracts netting and expanding the scope of credit default swaps (CDS); and the introduction of new debt exchange traded funds (Debt-ETF), consisting primarily of government securities. These would help global asset managers gain exposure to a relatively higher yielding Indian bond market.

The government expects nominal GDP to grow 10%, supported by a likely increase in expenditures by 12.7% y/y to INR30.4tn (ca.USD422bn). However, a closer look suggests that spending remains skewed towards revenue expenditure instead of capital expenditure.

The budget has kept a tab on borrowing, targeted at INR7.8tn (USD109bn), which effectively implies no spill-over in borrowing for FY21, and it is certainly a relief for bond markets. Consequently, the government’s 10-year benchmark bond fell nearly 10 basis points (bps) to 6.51%, its biggest decline in nearly seven weeks. However, we expect the fiscal slippage to be higher given the aggressive revenue assumptions and an expectation that the government would need to do more to revive the stuttering economy. As such, government yields can widen if an additional borrowing plan is announced to fund the fiscal deficit owing to either of the above mentioned reasons.

The opening up of the Indian corporate bond market would make it more attractive for foreign players, who would be keen to invest in local-currency bonds targeting higher returns. Acuity supports some of the largest asset managers in improving their investment performance, with its rich experience covering emerging markets and its on-the-ground presence in China, India and Sri Lanka. 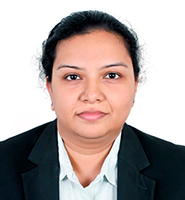 Isha Vyas is a management post-graduate with over 5 years of work experience in investment research. She has experience in building and updating FIC models and is also well-versed in writing opinionated investment notes on corporates and banks. Currently, she is working for a private banking division of a large Switzerland-based bank and provides opinionated credit research notes (initiation and maintenance) and issuer rating recommendations on corporates and banks. Isha holds a Master of Business Administration (Finance) and is a Chartered Accountant and Company Secretary. 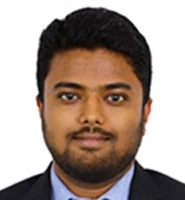 Pratik has over 8 years of experience into Fixed Income research. He is skilled in credit research, including financial modelling, report writing, investment recommendations, and bond and index spread analysis. Currently, Pratik supports European buy-side firm with credit and fixed income market research. He has a strong reputation among client traders and portfolio managers for a high percentage of correct rating calls. He holds a post graduate degree in management.

I think FRBM should be put in cold Storage for some years and it\'s time to follow full Kenysian Economics. Fiscal Stimulus is rather need of an hour, Fiscal Deficit may grow to 5% but it\'s not dangerous as most of the people may think so. And also Govt should also finance Infrastructure and Public work Projects by Printing Rupee notes(But this actually should be supported by few other policies) Govt is more concentrating on Supply side(recently as they cut the Carporate Tax) and not on Demand side, as they didn\'t do much to increase the Savings Rate as Indian Economy primarily depends on Public Savings which actually leads to Investments. I don\'t think The new Tax structure will actually convert Incomes into more savings. Govt should actually Abolish Income Tax and increase the Fixed deposit rate to 8% for 3-5 years(RBI). The decline in house hold savings investment and Savings rate thus cause of slow economic Growth. This also should be supported by Banks Prime lending rate to less than 9% now as it is more than 12% when the US Lending rates are less than 6%. If Rate of Investments is 39%( house hold savings rate of 34%(from present 28%) and non house hold savings of 5%) and a capital output ratio is at 3.9% then it makes GDP growth 10%, which actually is needed now.

Will India dominate the next century?....