Published on December 2, 2020 by Shefali

As the world shifts rapidly away from dirty fossil fuels to cleaner alternatives, liquefied natural gas (LNG) and natural gas are attracting attention as clean energy fuels. Global LNG trade increased fivefold from around 70 million metric tonnes per annum (MTPA) in 2014 to 354.7 MTPA in 2019, according to the International Group of Liquefied Natural Gas Importers (GIIGNL). Global LNG trade is expected to double to 700 MTPA from 2019 to 2040, according to Shell’s LNG Outlook 2020.

To meet demand from small LNG importers, a parallel market of small-scale LNG projects has also evolved over time. The small-scale LNG projects (with capacity of less than 1 MTPA) provide a quicker and cheaper solution for small players to import or export LNG and meet fuel demand from heavy-duty LNG-fuelled trucks, LNG-powered ships, power plants and remotely located small-scale consumers with limited or no access to gas pipeline network connectivity.

As the small-scale LNG market is in a nascent stage, the lack of official data makes it difficult to estimate market size and forecast growth. However, according to the International Gas Union (IGU), small-scale LNG imports range from 25 to 30 MTPA in the current market, accounting for 5-6% of global LNG trade.

The small-scale LNG market is expected to grow to 80-85 MTPA by 2030, with a growing share of LNG in power generation and the transportation sector for LNG-fuelled ships, trucks and buses, according to market intelligence reports. With the growing popularity of LNG as a marine fuel, Pavilion Energy expects LNG demand in the ship-bunkering sector to reach 30 MTPA by 2030.

With the increasing switch from coal to gas for power generation, not only large players but also small power projects with no access to pipeline facilities or remote locations are joining the list of LNG importers by investing in small-scale LNG facilities.

The small-scale LNG-receiving terminals in China are expected to increase with the growing share of LNG in the power sector. A number of small power plants located near Yangtze River import LNG directly from small vessels and use it for power generation. China is expected to import about 25 MTPA of LNG by 2030 for small-scale LNG power projects, according to sector experts.

LNG bunkering: To comply with the IMO 2020 regulation, we expect investment in small LNG bunkering terminals to increase with the shift towards using LNG as a marine fuel. The number of LNG-fuelled ships in operation increased to 175 in February 2020, with around 200 ships on order, from 56 vessels in 2014.

LNG bunkering facilities are already available in Europe and some parts of the US, with the large number of LNG-fuelled vessels in operation and on order in the Atlantic region. In addition, the number of small-scale LNG facilities is growing in North America, Canada and Europe, with increased deliveries of LNG-fuelled ships.

A number of small-scale LNG projects in Canada and Europe have moved closer to construction stage this year. For instance, Cryopeak and Sumitomo signed an MoU for an LNG bunkering project in Western Canada; the Galveston LNG bunker project was announced by Pilot LNG, and it expects a final investment decision (FID) by 2021; and Ferus NGF signed a four-year LNG supply deal with Yukon for a proposed small-scale LNG project in Canada.

The increasing number of orders for LNG-fuelled dry bulk carriers and containerships that trade in the Asia-Pacific region create demand for LNG bunkering facilities there. Asian countries such as China, Japan and Singapore are also investing in small LNG bunkering terminals to meet future LNG bunkering demand.

In Europe, the number of LNG-fuelled trucks is likely to increase from 5,500 in 2018 to 300,000 in 2030, according to market reports. Currently, 328 LNG fuelling stations and 3,909 compressed natural gas (CNG) stations are operational, and many more are under construction or at the planning stage.

Asian countries such as India and China also plan to increase the share of LNG in their road transportation sectors. India plans to replace diesel trucks with LNG-fuelled trucks and buses, and is also investing in infrastructure such as LNG pumps on major highways.

South Africa is a potential market for small-scale LNG projects. The country’s demand for LNG is growing, but it does not have any LNG import terminal or pipeline connectivity. Renergen, an emerging LNG producer in South Africa, has planned a small-scale project that will use truck-loading operations to deliver LNG to LNG fuelling stations.

The outlook for small-scale LNG projects remains positive, as they can be started with lower capex and within a shorter time than large liquefaction plants. In addition, with the rising number of LNG-fuelled ships, trucks and buses, and the shift from coal to gas in the power sector, we believe arranging small volumes for small-scale LNG projects will be easier in the current volatile market.

Acuity Knowledge Partners tracks developments in the small-scale LNG sector and provides expert advice to our clients for better decision making in regard to the sector.

3) Developing nations such as South Africa, and China and other developing Asian economies are ideal markets for small LNG import projects 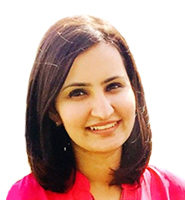 Know More
Shefali is a Delivery Lead in the Strategy, Research and Consulting team at Acuity Knowledge Partners. She has more than five years of experience in the field of natural gas and LNG market as well as, LNG shipping research and consulting. She has experience including natural gas and shipping demand and supply forecasting, consulting, and maritime and natural gas sector research and advisory. She has published a number of globally acclaimed LNG sector reports and contributed to leading industry magazines and journals. She holds a BSc degree in Economics and Business Management from University of London and diploma in economics from University of London.

The energy conundrum – can Europe cope if Russ....

The Russia-Ukraine crisis has led to a major shock in the energy sector, with significant ....Read More