Productivity Gains through Analytics in the Era of sub-5% Unemployment

US convenience stores’ in-store direct operating expenses – driven by wages, benefits, and health insurance – grew faster than their in-store gross profit dollars in every successive month in 2015, according to the industry’s 2015 NACS State of the Industry Summit. The sub-5% unemployment rate in the US has put upward pressure on wages, and this does not even factor in the “fight for $15” movement that has swept up the QSR industry or the fact that 18 states have increased their minimum wage rates.

Indeed, according to David Nelson, Professor of Economics at Western Washington University, job openings increased at a faster clip than new hirings in 2015, resulting in a greater availability of jobs. Thus, the “quit rate,” which was 1.2% during the 2009 recession, has since risen 67% to 2.0%. With the unemployment rate expected to be around 4% in 2017, cost pressures are building, with little relief in sight.

The inescapable conclusion is that retailers today need to reduce labor costs and increase labor productivity. This is critical, as Techpro’s research report, “IT budget drivers, trends and concerns in 2016,” concludes. Indeed, this major expense line item must be contained if retailers are to be able to deploy top-line, growth-oriented technologies, such as mobile shopper engagement.

So, what is a retailer to do?

Unlock the potential for productivity optimization through labor and productivity predictive analytics. A data-driven approach can not only help in planning your labor scheduling properly to minimize costs and maximize store-level productivity, but also aid in identifying strategies to help retain your best employees.

Are you a Third Quartile* retailer, with a median in-store gross profit per labor hour of $22.86, with a goal of becoming a Top Quartile* performer ($32.50 gross profit/labor hour)? Do you want to change the game and change your fortunes?

Use the transformative power of analytics to expose and identify what can be done right now, in terms of performance and methodology, to evolve into a data-driven enterprise committed to continuous process improvement.

Experienced and dedicated retail and analytics professionals at Acuity Knowledge Partners are there to help you leverage analytics to drive performance, profit, and results. Our team consists of over 2,500 data scientists, engineers, statisticians, and technical professionals, most of whom have advanced mathematics and computer science degrees. This capability has helped Acuity Knowledge Partners become the worldwide leader in strategic research and analytics.

With the meteoric rise in dollar-store openings and the rapid expansion of Walgreens and CVS into the convenience segment, the convenience landscape will only get more competitive. How you use your data may not only be the key to greater profits, but also the difference between survival and extinction.

*NACS State of the Industry Summit 2015 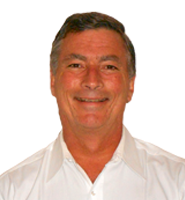 Prior to his current role, Eric has served in a sales management and business development capacity for leading technology firms; including GE Capital, IBM, Siemens AG, and 3M. He currently lives and works in the Boston, Massachusetts area.

Eric earned his bachelor degree from Tufts University with a double major in Economics and Spanish.

Can real-time analytics play a role in financial....

Real-time analytics is generally not a straightforward match for financial research. Histo....Read More

The next frontier for Loyalty and the “Thir

The Third Place Frontier Bars and Pubs: Anyone who watched the iconic sitcom Cheers would....Read More

The next frontier for Loyalty and the “Thir