The Office of Foreign Assets Control (OFAC), a division under the Department of Treasury (DoT) is the prime agency for enforcing unilateral sanctions based on powers of the US presidency. The OFAC has a long history of sanctions enforcement – from its inception during the Korean War of 1950 to date. It has evolved over time; this blog summarises its recent sanctions and key takeaways for companies to comply with them.

Types of sanctions imposed by the OFAC:

The OFAC has accrued c.USD9.20m through civil penalties for violations from four companies so far in 2020. Trends are changing, and its focus is now on non-financial sectors, due to their lack of understanding of sanctions.

How Acuity Knowledge Partners can help:

We are equipped to assist companies to identify and deal with an offense/sanction nexus in their customer bases, supplier lists, projects, or transactions through the following: 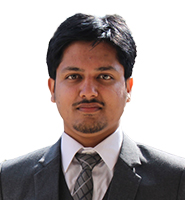 Ganesh Hebbar has over 9 years of experience in compliance, having worked for various firms including Goldman Sachs and Societe Generale. His expertise spans across the risk and compliance sector, focusing on know your customer (KYC) and risk management. Ganesh has done his MBA from Ramaiah Institute of Technology Bangalore.

Cannabis – the next big financial investment....

Introduction The US categorised cannabis, commonly known as marijuana, as a psychotropic ....Read More

Introduction Private debt, which refers to loans not provided by banks or public markets,....Read More