A balancing act: New dimensions and perspectives of credit analysts

Credit analysts – the pessimists (the “glass half empty” mindset)

The credit analysis function has been in place since time immemorial in one form or another – from the time something was offered by one party to another with the obligation to return it after a period of time. The current form of the organised credit analysis function originated on the principle of conservatism, checking lending proposals prior to submitting them to a credit risk team. Credit analysts have, therefore, been primarily extrapolating downside scenarios, placing restrictions on borrower actions to avoid cash leakage and ensure stable performance for timely repayment. Regulatory requirements also emphasise the principle of conservatism. This is vital, as banks hold depositors’ money and the failure of banks could spark a systemic risk, ultimately leading to the collapse of a country’s financial system (as evidenced by past banking crises, notably the 2007-09 subprime crisis).

Mitigating credit risk – the primary focus of a credit analyst

The need for a bank to have a robust credit risk management function cannot be underestimated. Banks aim to eliminate credit risk by laying out lending policies that provide the framework for lending across industries, sectors, geographies and borrower types. Credit analysts have always operated within this scope, and every credit analyst’s objective has been to mitigate risks when drafting the lending proposal, and propose measures if the financial performance were to deteriorate. In fact, credit analysts’ performance has been measured by factors such as the number of early warning flags raised and the number of actual defaults, as they are the first line of defence, together with the origination team.

Credit analysis is an origination pay model – (the “glass half full” mindset is now trending!)

Given that the credit analysis function is an origination pay model, there is ever-increasing pressure on credit analysts to get deals approved. This is exacerbated by increasing competition and banks’ narrowing net interest margins. Credit analysts, therefore, are required to go the extra mile to get a deal approved. Measures include restructuring the deal, extending maturity, monitoring the borrower more frequently, considering syndication vs bilateral deal proposals and convincing the customer to offer additional collateral, cash cover or personal guarantee, and agree to covenants. Credit analysts, therefore, now represent the origination team on deal negotiation with credit risk teams.

The role of the credit analyst has widened even further in recent years. New-age credit analysts raise early warning signals on worsening financials and also identify lending opportunities when the financials improve. We provide some examples below:

New-age credit analysts spot these improving trends and inform the origination team of new lending opportunities (with all other things remaining the same). Early identification of such opportunities helps the origination team engage with the borrower and convince them of the need for additional lending. Given the improving performance, it would be sensible to mark pre-approved limits for these borrowers, so that when the actual need arises, the bank is at an advantage to disburse the new money faster than the competition.

In their traditional role, credit analysts would just report the data as improving credit metrics but would not perceive it as a lending opportunity.

According to the example above, a traditional credit analyst would only highlight the gap between liquidity and debt maturity as a possible default scenario and report this to the credit risk team, which would see this as an early warning signal of a likely default. The next steps would be perilous for the borrower.

A new-age credit analyst, however, not only senses the early warning signal but would also come up with plans for the borrower to successfully navigate through this scenario, while generating additional business for the bank. This is a somewhat delicate situation, as the credit analyst would have to balance the objectives of the origination and credit risk teams. While the origination team would push to get a deal done, the credit risk team would push to recover monies lent and reduce exposure. In such a scenario, the new-age credit analyst would come up with a restructuring/refinancing plan, working creatively within the scope of the bank’s lending policies to satisfy both the origination and credit risk teams, considering the competition in the market to take over these deals.

Unlike the traditional credit analyst, the new-age credit analyst tracks the portfolios of borrowers in the sector throughout the year, not only at the annual review. This includes keeping abreast of the borrowers’ strategies and acquisition and/or capex plans, and providing this information to the origination team.

5) Lending amid an industry downturn:

While a traditional credit analyst would focus on reducing exposure and ensuring additional collateral amid an industry downturn, a new-age credit analyst would also focus on picking good credits with sound business models that are currently facing headwinds due to the industry-wide disruption but could emerge stronger if provided lending support.

6) Use of technology/automation to spot lending opportunities:

While traditional banks are apprehensive about lending to startups and fast-growing technology companies, challenger banks are lending to them more confidently. By partnering with product and credit risk teams, credit analysts have developed hybrid lending products that assess the inherent strength of a business and focus on the future value of the business versus just the past performance. Default rates of such companies have been lower than those of companies in traditional sectors.

Global banks have, over the past two decades, chosen Acuity as a strategic partner in transforming their credit analysis function. We manage a bank’s credit analysis function from end to end with our more than 500 highly experienced credit analysts with the requisite educational qualifications and our proprietary suite of Business Excellence and Automation Tools (BEAT) that provide intelligent automation capabilities using artificial intelligence and machine learning. 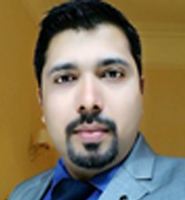 Santhosh has over 15 years of work experience in credit analysis and over 6 years in Commercial Lending. He is an Associate Director, managing the portfolio management function of a European Global Bank. Additionally, he brings rich experience in structuring lending products, projects & transitions, operational excellence and application of artificial Intelligence and automation to banking functions. He has managed client relationships for Commercial Banks in the UK, US and Middle East. Prior to joining Acuity Knowledge Partners, he worked with Ocwen Financial Solutions in the mortgage banking function.