Mega Funds – An upcoming success story in the PE industry

Published on September 9, 2019 by Hiral Rupani

Private equity (PE) continues to attract investors, despite the persistent geopolitical uncertainties and related risks, translating into the industry accumulating dry powder. PE firms held a significant USD1.8tn in dry powder as of January 2019, according to McKinsey estimates. We define “dry powder” as the capital that investors have committed but that remains un-deployed in investments. In other words, capital that has been raised, but yet to be invested by fund managers.

The paradigm shift toward mega funds has been contributing to the increase in dry powder since the global financial crisis of 2008. In PE terms, “mega funds” refer to large pools of capital of USD5bn or more. Total capital raised by such funds accounted for a major share (45.3%) of the capital raised in North America from 2016 to 2018 and for 42.2% of the capital raised in Europe. At least 19 open or upcoming mega funds target a record-high cumulative total of more than USD185bn for 2019. Reputed firm Blackstone, for example, is raising its USD25bn flagship buyout fund in 3Q 2019; this is the largest fund it will raise. PE firms, including CVC Capital Partners, are currently working on a mega plan to raise Europe’s largest fund (a potential EUR18bn) by 2020. Similarly, Stockholm-based EQT plans to raise a EUR14bn fund by 2020.

Well-reputed general partners – including KKR, Blackstone, the Carlyle Group, and Apollo Global Management – leverage their highly experienced teams to launch mega funds. They generally complete their fundraising in less than 10-12 months due to investors’ solid trust. On the other hand, non-mega PE funds with less than USD5bn committed take an average of 15-16 months to complete their fundraising. Mega funds’ recent success in raising large amounts of capital within short periods of time has translated into additional amount of new capital to the existing dry powder. Apollo Global Management’s ninth private equity fund, Apollo Investment Fund IX, raised a mega fund of USD24.7bn in 2017, becoming the largest buyout fund so far. Mega funds TSG Consumer Partners, Siris Capital, and Levine Leichtman Capital Partners contributed to the uptick in the average size of PE funds in 1Q 2019.

PE deals remained robust in 1H 2019, despite the US-China trade war and global economic slowdown, with 2,142 deals closed at a total transaction value of USD2,971.1bn. However, fears of a recession and market correction could temper future PE deals. The US 30-year Treasury bond yield fell sharply to an all-time closing low of 1.985% on August 15, 2019, due to the trade war. Inverted bond yields (the US 10-year Treasury bond yield falling below its two-year rate) is reminiscent of the great recession of 2007-08. The bearish global sentiment is exacerbated by a 0.1% contraction in Germany’s 2Q 2019 GDP, aggravated by the US-China trade war and its impact on the country’s key growth engine – exports.

We believe the sheer size of mega funds gives them a competitive advantage in large deals and makes them more prominent in the funds market than ordinary funds. Mega funds are able to provide greater incentives to investors prepared to commit large amounts of capital. They also enjoy a wider investor base due to their strong brand equity and the trust they win. The top mega funds closed in 1Q 2019 raised a cumulative USD36bn of investor capital, according to PERE data. From a limited partner’s (LP’s) perspective, investing in mega funds is advantageous, as it means fewer general partner (GP) relationships, reducing due diligence costs. LPs can also access leverage on the most favorable terms and attract skilled talent to their firms and portfolio companies. Mega funds offer exposure and, therefore, continue to grow as investors seek differentiated equity exposure in their investment portfolios.

On the flip side, mega funds are less agile and provide limited opportunity to significantly outperform smaller funds. Moreover, the pressure of dry powder increasing may make fund managers invest in high-value deals, currently risky due to the bleak global economic outlook. The IMF has reduced its global GDP growth forecast for 2019 to 3.2% from 3.5%, reflecting the challenges facing the global economy. Inverted bond yields signal a recession, and much now depends on the Federal Reserve’s and the European Central Bank’s monetary policy reviews in September 2019. A further 25bps rate cut and resuming quantitative easing could be on the cards, to refuel global economic growth engines. We, therefore, believe PE firms will be more cautious in selecting deals going forward.

Acuity Knowledge Partners provides offshore underwriting support to UK and US PE funds. Our credit managers have a deep understanding of the PE industry and the trends in the space. Following a detailed assessment of investor eligibility, we advise banks’ credit risk teams on optimal advance rates that pose minimal default risk. We also provide prudent views in underwriting paper and help the origination and credit risk teams assess risks in PE lending. 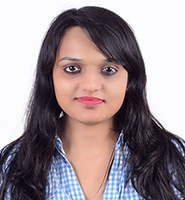 Hiral has over 10 years of experience in commercial lending, credit recovery and NAV reconciliation. In her 5+ years at Acuity Knowledge Partners, she has worked with one of the largest UK-based banks. She is an expert in the UK and the US Private Equity Sector and has core competency in building the borrowing base from scratch, which helps the Credit Risk team evaluate investors’ creditworthiness. Hiral has also worked on many new-to-bank and ad hoc cases, helping the Origination team build and maintain a solid relationship with clients.

What aggressive Fed rate hikes mean for the U

The US housing market, believed to be bigger than the US stock market, recovered during th....Read More

Sovereign Wealth Funds – The Other Eye on t