China officially implemented the China VI emissions standards (China VI) on 1 July 2019 in several provincial-level regions; it will be implemented in all regions by 1 July 2020. This means the sale and registration of all new vehicles in the country would have to comply with some of the world's strictest rules on automobile pollutants. The new rules not only demand substantially fewer pollutants such as particulate matter and nitrogen oxides than the previous standards (China V), but also introduce limits on particulate number and ammonia. China VI was first announced in December 2016 and has since had a significant impact on suppliers. All original equipment manufacturers (OEMs), whether domestic or foreign, began to upgrade their products and improve technologies to ensure sales continued once China VI was implemented.

The announcement of China VI seemed to have had no effect on the demand side, as auto sales escalated from 2017. However, a year and a half later, the new emissions standards have disturbed the market in an unexpected way. Auto sales in China fell for a 15th consecutive month in September 2019; the market first declined in 2018, its first annual contraction since the 1990s(1). This was due to a number of macroeconomic factors such as slowing economic growth, the trade war, and rising oil prices. Nevertheless, we believe the impact of China VI on car sales volumes needs further investigation.

The time series data on auto sales (Charts 1 and 2) shows strong seasonality, with the lowest sales volumes in February, due to the Spring Festival. The y/y changes (Chart 3) indicate that the auto market grew prior to the June 2018 announcement of early implementation and began to decline thereafter. We see this trend from the perspective of seasonally adjusted car sales volumes (Chart 4).

Table 1 lists the key dates of the China VI policy on a national level. After the announcement in June 2018 of the early implementation of China VI, car sales growth turned negative in July 2018. The decline worsened from a single-digit decline to a double-digit one in September 2018, after the announcement that China VI implementation would be accelerated. This change has affected purchasing decisions for two reasons:

Due to the frequent policy changes, many have delayed purchasing new cars, choosing to wait for further developments. Realising the impact of China VI on the auto market, several local governments (late in 2018) postponed early implementation of China Vl in key regions from January 2019 to July 2019, to give both the supply and demand sides time to adapt to the new standards. However, we think the concern that the government may take more aggressive measures on emissions standards has now spread through the market.

Since the official implementation of China VI in key regions in July 2019, customers no longer have to choose between stage-5 cars and stage-6 cars, as only stage-6 cars are available for sale in these regions. However, the outlook for China’s auto sales remains bleak, with more emissions standards due to be implemented. More stringent standards, i.e., China VI B, are scheduled to be implemented in July 2023. We think it is highly possible that China VI B will be implemented earlier than planned, considering the decision in 2018 to accelerate China VI implementation and the government’s determination to stop air pollution. A change to the scheduled implementation of China VI B or news of a newer set of emissions standards may further damage the auto market and hinder a recovery. 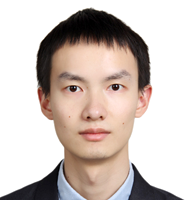 Foreign automakers – not much to lose from exi....

Key takeaways Most international auto companies have stopped their operations in Russ....Read More

COVID-19 is probably the biggest disruption to supply chains that we have seen since World....Read More