Unicorns are extremely rare, mythological woodland creatures, symbols of purity and grace. Their horns supposedly have magical powers that can turn poison to potable water and heal the sick. It’s a no brainer that we also use this term for the elusive (not so much now) startups with USD 1bn+ valuations, as soon as Series B rounds.

Hobbits, born of fiction, are a petite humanoid race, occupying a region called Shire in the lands of middle-earth (Lord of the Rings). It is no coincidence that the hobbits of Shire were able to resist the power of the One Ring (massive influx of funding early on leading to high cash burn rates) and guide middle-earth to victory. All other races (with all their power and strength) were unable to resist the temptations and it fell squarely on the hobbits to destroy the evil. Hobitting Away at Unicorns

You might wonder what I am trying to get at! The PE / VC investing world has been abuzz with unicorn startups. And they have (had) reasons to be – technology-based solutions, unheard of customer / user growth, snazzy conversion funnels, ever-increasing market share, multi-fold increases in run-rate revenues, sky-high valuations, and the promise of scale. Isn’t that just the stuff VC fairytales are made of?

Let’s assume these unicorns are the elves and wizards of start-up middle-earth. Despite the shadow of Mordor being far from such unicorns, some have either already succumbed to the darkness or are reeling in fear – the collapse of Powa Technologies and significant markdowns in Flipkart, Theranos, Dropbox, Palantir, Zenefits, and Cloudera, among others. Middle-earth (the valley) isn’t all that rosy anymore. This could just be a mendable crack in the magic realm or a sign of impending doom. Some say the unicorns had it coming, but let’s step back for a minute. To begin with, high cash burn without sustainable unit economics has always been “the ring” whose lure is difficult to resist. Approximately 85% of the top 25 unicorns (as of writing this article) are in the red; the ones in black have witnessed an average profit margin of ~5%. Yes, high cash burn is a necessary evil to grow a startup, but is it really fair to continue on the same path. The lord elders may debate that these players still have massive scale arbitrage when it comes to customers / users and may just turn gold one day. But the bigger picture remains their inability to maintain sustainable growth without unreasonable cash burn rates and to find efficient monetization engines.

And this is where the diminutive but highly efficient hobbits are needed – to navigate the maze of the middle-earth kingdom (technology markets) and negate the lure of the ring. Just like hobbits, such start-ups would be frugal in their appetite (sustainable burn rate), possess pure heart (hardworking teams), be fond of the shire (business-model loyals) and big bang for the size (generate high returns for the investors).

We at Acuity Knowledge Partners are willing to play wizard guide Gandalf the Grey and help identify these hobbits in this middle-earth! 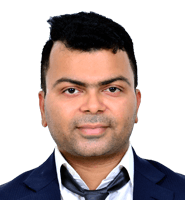 Yugal is part of the Private Equity and Venture Capital team at Acuity Knowledge Partners. He is responsible for setting up, managing, and overseeing multiple accounts. Yugal is a fiction geek and enjoys following the technology startup ecosystem. He has nearly 7 years of experience in providing advisory and research services for PE / VC funds and corporates across the technology, financial services, infrastructure, and healthcare verticals.

The private equity and venture capital (PE/VC) industry and the number of related investme....Read More

Business and continuity: A plan for resilience....

Change is the end result of all true learning - American author Leo Buscaglia The 2020 pa....Read More