In the ever-evolving business of money management, innovators of the still nascent alternative asset management industry have taken the next big leap! They are now raising dedicated funds for making minority equity investments in the management companies of General Partners, eyeing not only the industry’s favorable growth projections, but also its lucrative ‘two and twenty’ compensation model. This follows the industry’s previous innovation, which was the surge of separately managed accounts (SMAs) and co-investments.

Although the concept of raising specialized funds for GP staking is relatively new, few asset managers have in the past formulated such partnerships directly with some of their larger LPs. One of the earliest GP stake deal was struck when CalPERS acquired a 10% stake in Carlyle Group back in 2000. However, activity was tepid for the first several years before large firms, including Goldman Sachs, Neuberger Berman’s Dyal Capital Partners, and Blackstone entered the space and raised dedicated funds for staking strategy.

The popularity of staking transactions is also in stark contradiction to the historically subdued investor interest for the publicly traded shares of alternative asset managers. Staking deal activity through mid-2018 surpassed the 2017 full-year total and is on track to breach the 2016 record levels. However, beginning 2016, stake buyers started to gravitate towards private equity due to the more stable nature of its AuM, longer horizons, and steadier fees.

The economics of stake deals are win-win

In addition to monetizing, asset managers get support from the stake buyer in expanding their businesses and getting access to broader distribution channels. Additionally, these transactions also set a price tag that helps asset managers in discovering reference price for awarding/transferring equity to their middle management executives.

For stake buyers, who are typically in search of long-term income, alternative asset managers are attractive as (1) target firm’s AuM is typically locked up for longer period and generates a regular income (management fees and carried interest). (2) Furthermore, by developing deeper ties with the best-performing GPs, the stake buyer gets special access, often with preferential terms, to top-tiered funds that are closed for new LP relationships.

On the other hand, assets managers gain capital, expertise and credibility as BCG found out: The rise in popularity of these trades has also raised concerns among industry participants as new money often leads to adverse expansions and other risky campaigns by asset managers. Some are debating whether liquid cash generated by selling founders makes them less committed and driven towards managing funds and generating alpha. For stake buyers, although strategic sale and secondary market sale are the likely exit paths, there are still challenges around the potential liquidity of the holdings as exit strategies have not yet fully evolved.

How future deals will alter the market?

Stake sales provide asset managers an additional path to liquidity with much less restrictions than some other available exit strategies. Asset managers are generally less inclined towards going public due to the lackluster stock performance of some of the biggest alternative asset managers that were listed in the beginning of the century. And, while industry consolidation (M&A) is occurring, founders are generally hesitant in selling majority interest and cede full control of their firms.

The strategy is also getting increasingly popular with prominent players raising follow-on funds, mostly targeting PE firms and staying away from hedge funds. Hedge funds have underperformed during the past few years and are witnessing LP redemption pressure. Investments will, however, likely to remain concentrated across seasoned asset managers.

Acuity Knowledge Partners provides private equity/venture capital (PE/VC) firms the much-needed flexibility to manage highly volatile workflow on either a retainer or a project-specific basis. We work as an extended arm of our clients, and ensure that all regular and critical functions of the funds, such as opportunity screening, due diligence, periodic reporting, business development, portfolio monitoring, and whitepapers, are carried out irrespective of any spikes in investment activity. Learn more about our Private Equity specific services. 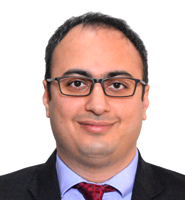 Shivam Dua joined Acuity Knowledge Partners in 2009 and is a part of the firm’s Private Markets Vertical. His current role involves overseeing multiple PE accounts on both direct and indirect side. Shivam has acquired extensive PE experience working with a broad range of private equity clients, including direct PE firms, secondaries, FoFs and co-investors. His domain expertise includes supporting clients on fundraising, investment due diligence, investment memorandums, fund cash flow modeling, portfolio monitoring and fund pricing models. Shivam has cleared all three levels of Chartered Financial Analyst exam conducted by the Chartered Financial Analysts Institute (USA). He also holds Master’s in Science (Finance) from ICFAI University and has done his Bachelor’s in Commerce from Delhi College of Arts and Commerce.