Published on February 15, 2019 by Harshwardhan Khandelwal and Subha Herath

The first things that come to mind when Sri Lanka (SL) is mentioned are its pristine beaches, tea and cricket. However, more recently, the country’s hard-currency (HC) sovereign bonds have been making more news than all these things combined.

2018 – A year of political uncertainty and weak investor sentiment

Political uncertainty has been in the background since the coalition government of long-time political and ideological rivals the United People’s Freedom Alliance (UPFA) and the United National Party (UNP) was formed in 2015. While the UPFA is led by President Maithripala Sirisena, the UNP is led by Prime Minister Ranil Wickremesinghe.

President Sirisena set SL on a rollercoaster when he sacked Wickremesinghe and appointed former President Mahinda Rajapaksa in his stead in late October 2018. Mahinda Rajapaksa is an ally of President Sirisena, and his return to power was supported by his party, the Sri Lanka People's Front (commonly known as the SLPP), securing a win in the local government elections in February 2018.

The political tug of war escalated (as did investor fears) on 9 November 2018, when the president dissolved Parliament and called for a snap election in January 2019.

Subsequent events led to a political (and policy) deadlock, with each camp challenging the actions of the other. A series of cases was filed in the Supreme Court, challenging the legitimacy of the president’s actions.

Policy continuity took a backseat amid all this. Yields on SL’s 6.125% bond maturing in June 2025 rose by 118bps in a month to 9.07% on 28 November 2018, while the cost of insuring SL’s debt rose by ca. 150bps to 400bps. This was followed by a one-notch rating downgrade by each of the three major rating agencies. The IMF halted its discussions on the disbursement of the sixth tranche of its USD1.5bn loan program (amounting to USD250m). The bond market saw LKR51.2bn in foreign outflows, while the stock market saw net foreign sales of LKR9.6bn from October 25 to December 5, 2018. During this period, the country’s reserves depleted by USD1bn.

An early Christmas gift? Not really

The Supreme Court ruled on December 14, 2018, that the dissolution of Parliament was unconstitutional and reinstated Wickremesinghe as prime minister, ending the political turmoil.

However, political unrest is far from over as tensions remain between the president and the prime minister. Provincial council elections are overdue by more than a year, and both general and presidential elections are being discussed for 2020. We, therefore, expect the political situation to remain volatile in 2019.

Presentation of the 2019 budget, scheduled in December 2018, has been delayed to April 2019. Media reports indicate that the government intends to widen the fiscal deficit to 4.8% of GDP (vs. the IMF’s target of 3.6%). This would further increase the country’s borrowing needs. We, therefore, expect SL’s debt/GDP to be higher than the IMF’s estimate of 75.9% in 2019.

Sustained headwinds on currency and reserves

Fiscal position – likely to deteriorate more than the IMF’s forecast

Despite all the political noise, we do not foresee a risk to bondholders, as SL is likely to refinance its debt or use its reserves to repay it. In mid-January 2019, SL repaid USD1bn of its bonds by using its forex reserves. Bondholders can be comforted by SL’s unblemished debt-servicing record. Furthermore, SL’s central bank intends to raise USD5.0bn in 1Q19 through various mechanisms, including sovereign bond issuance, currency swap facilities with India and China, and bilateral loans. This fund raising would shore up its forex reserves (ca. USD6.0bn as of January 2019) and help it repay USD2.6bn of debt maturing in 1Q19 (USD5.9bn maturing in 2019).

In conclusion, GDP growth would remain modest (the IMF expects SL’s real GDP to expand by 4.3% in 2019) and to be driven by higher government spending. However, political volatility, low forex reserves, increasing funding costs, a weakening fiscal position and high external debt (58% of GDP in 2018) are likely to remain a drag on the country’s credit profile.

Disclaimer: These are views of the authors at Acuity Knowledge Partners and should not be construed as a view of Moody’s Investor Services, the rating agency. 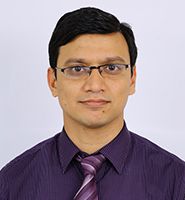 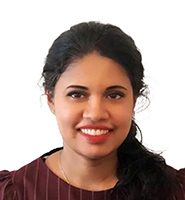 Subha Herath has over 12 years of work experience in strategy, corporate finance, risk management and investment research, with a focus on the financial, sovereign and real-estate sectors. She currently works with the Fixed Income team in Colombo and supports a large European buy-side client. She holds a bachelor’s degree in Applied Sciences and is an Associate Member of CIMA. She is also a CFA Level III candidate.