Published on January 6, 2021 by Akshat Mehrotra and Ankit Lakhotia

The global financial markets have been struggling, starting with the global financial crisis of 2007 followed by the economic recession of 2008-09, which led to the collapse of several global financial giants such as Lehman Brothers, AIG and Citibank, and now the COVID-19 crisis. Due to the pandemic, central banks and authorities globally have felt the need to intervene by means of novel non-conventional monetary policy measures such as quantitative easing (QE) or negative interest rates. In the current scenario, where interest rates are already at record low levels, conventional rate cuts are not a feasible solution; central banks’ direct intervention in financial markets by buying assets from both the sovereign and corporate sectors seems to be the only possible solution. Such measures have historically played a major role in supporting ailing economies, financial institutions and the corporate sector. One such measure was the European Central Bank’s (ECB’s) introduction of a large-scale asset purchase programme (APP) in mid-2014. Through this programme, the ECB purchases a range of assets including asset-backed securities (under the ABSPP), public-sector securities (under the PSPP), covered bonds (under the CBPP) and investment-grade (IG) corporate bonds (under the CSPP); the markets have, therefore, seen asset purchases in various forms over the past decade.

In response to the COVID-19 pandemic, central banks around the globe have intervened by means of long-term APPs, as the following infographic shows. Notably, in March 2020, the ECB decided to buy an additional EUR120bn (USD135bn) worth under the APP along with EUR750bn (USD888bn) worth under the Pandemic Emergency Purchase Programme (PEPP) until the end of 2020. The base of the PEPP was expanded in June by EUR600bn (to EUR1,350bn or USD1,630bn) and in December by EUR500bn (USD605bn) to EUR1,850bn or USD2,235bn, extending the horizon to end-March 2022. Similarly, in the US, the Federal Reserve (Fed) initially announced a USD700bn purchase on 16 March 2020, followed by an announcement on 23 March of an “unlimited” purchase, while the UK announced a purchase of GBP200bn (USD230bn) on 19 March. Both the Fed and the Bank of England have since extended their programmes. The CSPP as part of the APP

The CSPP, part of the ECB’s APP, was announced in March 2016 (purchase started in June), aiming to ease financing conditions for businesses in the Eurozone and to support overall economic growth. In broad terms, the Eurosystem purchased (under the CSPP) investment-grade EUR‑denominated securities issued by non-financial corporations, in both the primary and secondary markets. Of the ECB’s holdings, the CSPP corresponds to an 8% share (as of October 2020) under the APP and 4% under the PEPP (as of September 2020). The CSPP’s goal is twofold – first, to inject further stimulus into the economy and second, to lower the borrowing costs of corporates.

The ECB’s intervention has helped stabilise the market

As the grip of the deadly virus got stronger, market sentiment deteriorated, affecting issuance volumes in the latter half of February (and into March). However, the ECB’s intervention with its multi-billion-dollar CSPP (part of the APP) and its continued support thereafter enabled spreads to stabilise and encouraged corporates to issue again. The following graph shows the spread evolution of the EUR corporate index vs the corporate issuance trend from Western Europe.

Gaining strength from the APP, several European issuers rushed to the market to take advantage of lucrative price levels, making multiple multi-tranche offerings in EUR, USD or GBP, as the following image shows.

The ECB-driven CSPP has led to a significant easing of financing conditions for corporates in the Eurozone, improving supply dynamics in the primary bond market and enabling corporate bond spreads to tighten from their peaks in March.

Treasuries, which were affected by the pandemic, have seen a similar trend, recovering on central-bank intervention starting the third week of March. This has boosted issuer sentiment, encouraging them to issue bonds.

Central-bank support for economies ailing amid a crisis

When central banks started to support their respective economies by means of APPs worth billions of dollars, the bond market responded, seeing a surge in corporate issuance volumes.

When times are tough, the major central banks act as the first line of defence, taking decisive action to stabilise markets and boost recovery. Moreover, with interest rates in the Eurozone already at their lowest levels, the ECB has averted a financial crisis through unconventional measures such as the APP. At its meetings in 2020, it reiterated its stance of doing “whatever it takes” to support the economy amid fears of a second wave of infections.

With no major political events on the horizon and optimism surrounding developments on the vaccine front, the market expects a solid start to 2021, with investors eager to put their cash to work. Elsewhere, “economic activity is foreseen to return to pre-pandemic levels only towards the end of 2022, with output expected to expand by 3.9% (more slowly than the previous forecast of 5.0%) in 2021 and 4.2% (faster than the previous forecast of 3.2%) in 2022”, according to the ECB, while inflation is expected to return to positive territory in early 2021. With the ECB already supporting interest rates and the PEPP now extending to March 2022 (from June 2021 previously), we believe the market will continue to draw comfort and bounce back after the December break.

Acuity Knowledge Partners, through its Investment Banking practice and leveraging its research and analysis services pertaining to M&A and capital markets, is collaborating with banks and corporate finance advisories across Europe to help them achieve their objectives. We have been partnering with leading investment banks in Europe since 2017, helping them scale up their coverage, while reducing overall costs and time to market through access to our large talent pool. 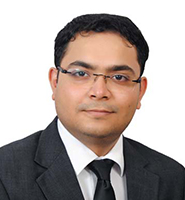 Akshat has been working in Debt Capital Markets domain since past six years and has more than eight years of work experience. He carries rich exposure of working in Investment Grade, Leverage Finance and FIG businesses with origination as well as Syndicate teams. Over the years, he has worked on RFPs, pitch books, capital structure, sustainable finance projects, bond pricing, market commentary etc. Prior to his current role, he was working with Royal Bank of Scotland, where he focused on the leverage finance business for European corporate clients. He has also worked with a financial research firm, where he prepared credit research, risk assessment strategic pitches for a US conglomerate. He was also part of a project at client location, Goldman Sachs for a regulatory project – DoddFrank

Akshat holds a PGDM from Institute for Financial Management and Research (IFMR), Chennai and earned his B.Tech (Computer Science) from UPTU. 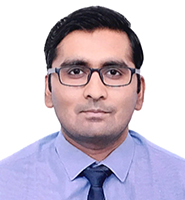 Ankit is a Delivery Lead in the Debt Capital Markets practice at Acuity Knowledge Partners. With more than 5 years of experience, he has expertise in working with investment banks, providing support on daily/weekly market updates, preparing pitch books, pricing updates, and capital structure analysis. He supports the global DCM team of a major European investment bank and has developed good understanding of the investment grade markets across US and Europe.

Ankit holds a MBA in Finance from K.J. Somaiya Institute of Management Studies & Research, Mumbai and earned his B.Tech.(CSE) from Jaypee Institute of Information Technology, Noida. He has also cleared Level II of the CFA Program (USA).

The concept of negative interest rates was hardly used in banking parlance until 2009, whe....Read More

The onslaught of the COVID-19 pandemic has caught the global oil and gas industry by surpr....Read More