Published on November 3, 2017 by Rohan Fernando

Financial pressures on sell-side firms are on the increase—whether it is the ongoing debate on active versus passive money management and if it is worth paying a premium for the former, or MIFID II regulations that are changing the sell-side landscape with the unbundling of brokerage commissions and research; firms are also facing increasing costs of complying with the MIFID guidelines. Thus, cost and process optimization have now become critical for their survival.

Sell-side firms have been pursuing various strategies, and some of them have even closed down certain functions to optimize their processes. The real solution will emerge when they are able to optimize the current process to reduce costs or provide a better service at the same cost. Outsourcing a part of their jobs is definitely a solution, one that they have been deploying over the years. However, with many firms applying the same strategy, this is not a differentiating factor over competition anymore.

This is where automation can make a difference. The sell-side can now also consider automating a lot of processes and workflows to cut costs further. These tasks include regular routine work, such as extracting data from various sources to update a financial model or creating charts for a new report or more complex tasks, such as…. As the broader technology world has already started reducing human intervention with artificial intelligence, we believe a lot of tasks in the financial world can be automated and move in the same direction.

Emerging technologies have now simplified automation to a great extent. There are various tools that can perform most of the workflows in a smooth manner. Most routine processes in an investment bank or a similar organization should be automated over time, except where human intervention is vital—such as analyst-level sales functions that involve meeting clients and clinching deals. While the initial capital to launch an automation drive may be higher as it requires significant investments in premium technology, experience, and skills, but once established, it would result in significant cost savings for banks.

An automated work environment will also let top-level analysts utilize their time more effectively, as it removes the need for supervision. Also, an automated system can be more productive. For instance, the time taken by an analyst to capture news, based on key words, will be much more than what it takes for a computer to extract news. Similarly, analysts will be able to expand their source-data capturing in an automated environment as the system has the capacity to process more information. For example, an analyst can track a maximum of two news sources at a time, while the computer could track any number of sources. Also, the computer can extract news and information using semantic analysis and can even add judgment to it within a few minutes.

Functions that can be efficiently automated in investment research include processes such as data collection and data extraction. Most junior analysts typically work on excel and PDF files to convert raw financial information into more acceptable structured data tables. This has a pre-defined pattern, where analysts open raw source files and extract data from pre-defined locations. Such tasks can be automated easily.

It is time for sell-side firms to rethink their strategies and move toward automation. However, automation is not as simple as it sounds, as it requires specialized skills and expertise. Automation engineers need both sound domain and technical knowledge to be able to automate tasks efficiently; they should be able to communicate effectively with analysts for a productive deployment of the technology.

We believe automation is a change that everyone will need to embrace over time —while it might replace human intervention, the flip side is that it will enable them to focus on more important responsibilities. 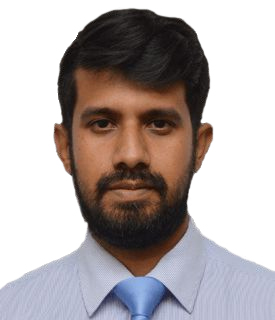 Will artificial intelligence replace the seasone....

What led to the global supply chain crisis, and ....

The global economy has faced severe supply chain disruptions since the start of the COVID-....Read More

Empathy is the ultimate metric: Our Colombo d

Human beings are an adaptable species. It is what makes us stand out among this planet’s....Read More

Does your interactive report solution highlig

Everybody talks about interactive reports and everyone wants to develop and implement them....Read More